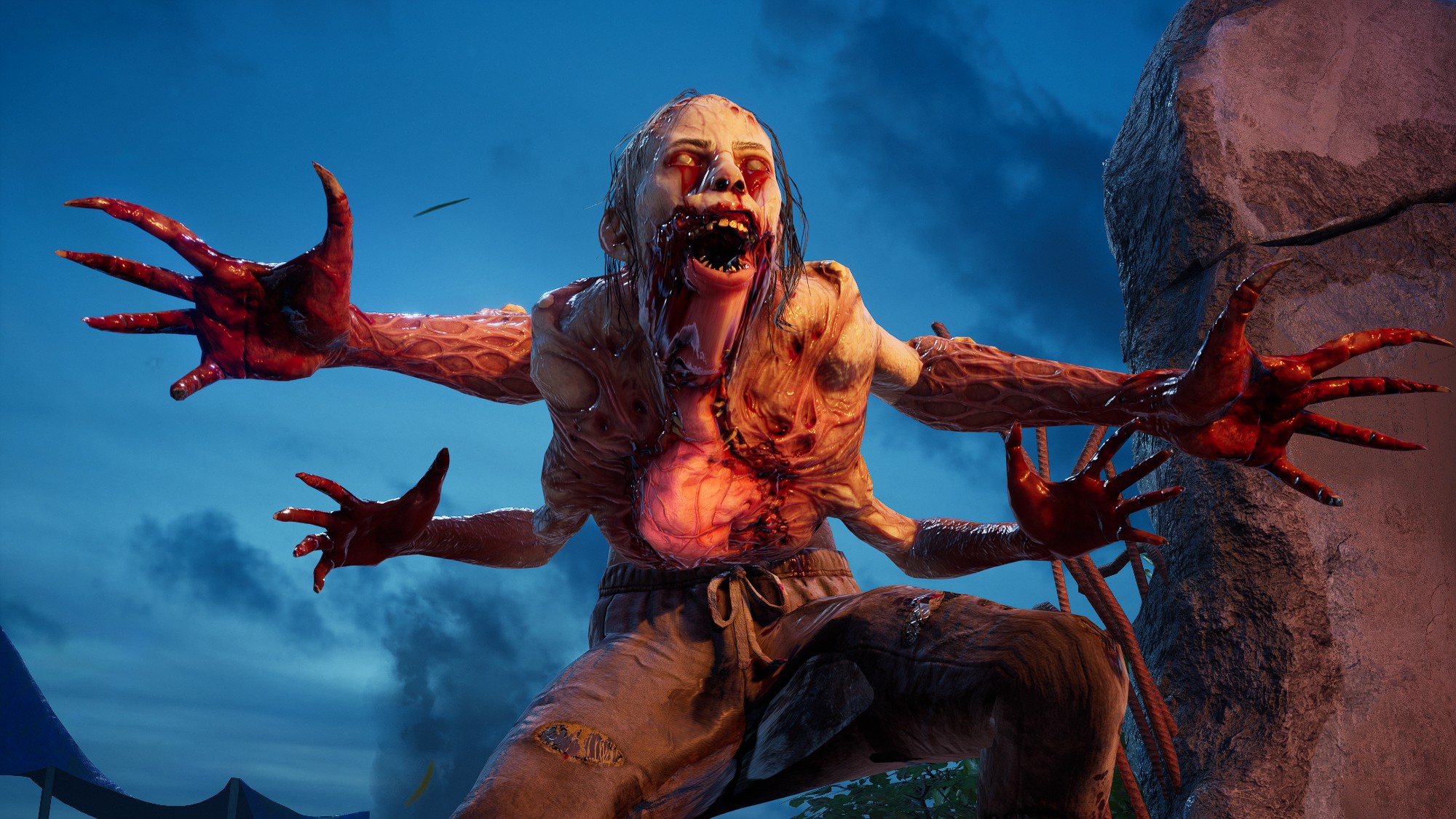 In the late 2000s, cooperative multiplayer games that pit you and your friends against waves of AI-controlled enemies were all the rage, and Valve’s Left 4 Dead was the king of this subgenre. While PvE (player vs. environment) experiences in Halo 3: ODST, Gears of War 2, and Call of Duty: World at War manifested themselves as more straightforward horde modes where teams of four or five would hold out as long as they could on maps riddled with zombies, aliens, or monsters, developer Valve South (later re-established as Turtle Rock Studios) took things one step further. What if they took the basic idea of horde mode and added plot, colorful characters, innovative AI designed to make each playthrough feel dynamic and unique, and objectives beyond just surviving so that it felt like you’d gone through an epic (extremely gruesome) journey by the time you finally reached the extraction point? The result is one of the best horror games of the 21st century.

Now Turtle Rock Studios, which is still made up of many of the same designers who worked on the original Left 4 Dead, wants to give it another go with the aptly titled Back 4 Blood. The studio’s fans might say it took them long enough. After all, when Turtle Rock was re-founded as an independent studio in 2011, many expected the developer’s next project to be a spiritual successor to Left 4 Dead. Instead, the team took a risk and learned a few things along the way.

Before Back 4 Blood, there was 2015’s Evolve, a four-player-versus-one asymetrical online multiplayer game where a team of hunters try to capture a massive monster before it hunts them down. While the game was critically acclaimed at launch, a lack of story content, an underwhelming progression system, and a gameplay loop that eventually lost its charm meant that Evolve‘s playerbase fell off pretty quickly after the first few months. After a last ditch effort to boost the player count by making the game free-to-play failed, publisher 2K Games decided to shut down the title’s servers in 2018.

Perhaps Turtle Rock had strayed too far from its strengths with Evolve. Fortunately, Back 4 Blood is a true homecoming for the team.

“Evolve was certainly trying something super new. And sometimes those things work out, sometimes they don’t,” says Turtle Rock executive producer Matt O’Driscoll over Zoom. “It’s why I think we went back a little bit to that, ‘well, what’s a core thing that people remembered and enjoyed and found fun,’ and it was, ‘let’s go back to that classic co-op gameplay, four versus the computer.”

Back 4 Blood isn’t just more Left 4 Dead, though. While the core premise — four survivors known as “Cleaners” must fight their way through hordes of alien parasite-controlled “Ridden” — will definitely make Left 4 Dead fans feel nostalgic, the game also introduces new ideas that help modernize the co-op experience for a new generation of players. New progression and loot systems; tons of customization options, including attachments and skins for your weapons; and even a card deck-building component have been implemented to freshen things up. And what do all of these new mechanics have in common? They’re all designed to boost the game’s replayability, to keep you coming back to unlock new loot and cards. It’s what was missing from Evolve.

But according to O’Driscoll, many of these new mechanics found their way into the game in an organic way during development and playtesting and weren’t planned from the start. The biggest discovery for the team was the card system, which allows players to collect and build decks that affect their stats and abilities in-game.

“During the course of development, things just came out. Naturally, the card system was a big one for us,” O’Driscoll explains. “We started to develop the system, the idea of how it worked, how you might build decks, what building decks would do to different styles of player, and we quickly saw that ‘oh, this is cool.’”

There are 152 cards to unlock in the game, each with its own unique status effects. As you play and replay the game’s four-act story mode, you’ll earn Supply Points that you can use to buy new, more powerful cards back at your base. The goal is to build a deck that best suits your playstyle in order to progress through the later sections of the campaign, especially on higher difficulties. (After playing through the alpha, beta, and several hours of the full release, I can definitively say this game provides a very healthy dose of challenges.)

But there’s a twist: the cards can also have negative effects. One card, for example, significantly boosts the reload speed of your guns but it also takes away your ability to aim down sights. The game’s dynamic AI, known as the Director, also plays its own “Corruption Cards” at the start of each chapter which can improve enemy armor, significantly increase their health bars, or even give the Ridden new abilities. These cards add interesting twists that make each new run feel unique, giving the game a roguelike quality. It’s a level of variety Left 4 Dead fans could have only dreamed of in 2008, but not everyone at Turtle Rock was so quick to adopt the system.

“It was kind of difficult at first to explain to the team what the card system was [because] we’d put up a new layer of complexity onto the game that they’d been playtesting for quite a while. Some people reacted super positive, some were negative to it. ‘This card gives me a negative [effect], why do I want to put this on it if it’s going to make something bad happen to my ADS [aim down sights]?’ And well, that’s your choice,” O’Driscoll says.

“Choice” is the keyword here. While in Left 4 Dead the AI Director controlled much of the pacing and challenge of each run, Back 4 Blood‘s card system gives players more autonomy to decide the parameters of a playthrough. It also adds a strategic element when you’re assembling your team of Cleaners. You’ll have to mix and match the strengths of each member of your squad if you hope to succeed.

“Do you like playing a melee kind of guy? Well then you can build a deck around that to just be melee focused all the way through if that’s what you want to do. Or if you want to help your team and become a mule, you can build out loads of support slots. There’s all these different things that you can try out.”

Focusing on building your deck from the very first playthrough is the key to success in the game, says O’Driscoll: “Just get in there early and start earning supply coins, go into the supply lines, and start unlocking cards. Build your deck around the way you’re playing the game, and you’re going to survive a lot quicker. That’d be my number one tip. Unlock, build, play.”

Each character in the game also comes with their own abilities, adding yet another layer of complexity to the Left 4 Dead formula. Holly, for example, is all about melee and recovers stamina each time she kills an enemy, making her an excellent choice if your thing is ruthlessly bashing Ridden with a baseball bat. Meanwhile, once per chapter, Doc can heal her teammates without using a first aid kit, making her an invaluable support character in later acts. Karlee can see nearby Ridden traps other characters can’t, which comes in extra handy against Sleepers, which hide in dark corners waiting to snatch you.

But Turtle Rock didn’t just focus on adding new ingredients to the formula that made Left 4 Dead such a hit. It also worked on improving one of the core elements of Back 4 Blood‘s predecessor.

“I think it’s a lot about modernizing the gunplay for today’s audience,” says O’Driscoll of the importance of making sure “the audio, the feedback you get, the reloads, the animations” of the weapons in the game are up to modern standards. Hours into Back 4 Blood, I’m still having a lot of fun to shooting my way through hordes of zombies with the game’s snappy weapons, and the quality of the gunplay is complemented perfectly by the sheer variety of assault rifles, SMGs, shotguns, and pistols, each with their own attachments and cosmetic options.

The weapon modding mechanic isn’t quite as extensive as those found in other modern shooters, but it should still pique the interest of Call of Duty: Warzone players who decide to give this a try. Back 4 Blood follows the standard green, blue, purple, and gold tiers for attachments, many of which can be found as drops on the maps. O’Driscoll says this opens up a lot of room to experiment. Like the cards, attachments can offer big stat boosts to weapons, but they can also have negative effects.

Another big addition is the vendor players can access in between chapters. When players reach safe rooms, they’re able to buy better guns, attachments, explosives, health items, and even team stat boosts with the copper coins they’ve accumulated throughout the campaign. But like in classic Left 4 Dead, there are other surprises sprinkled around the levels.

According to O’Driscoll, the main goal of Back 4 Blood was to create the Turtle Rock Studios game of 2021, something that felt true to the team’s “heritage” but that also embraced modern game design. While I still have a lot more to play (including the 4v4 multiplayer mode Swarm), it’s already clear that Left 4 Dead fans will find a lot to love in Back 4 Blood, down to the grotesque designs of the Ridden enemies, many of which are very reminiscent of the classic zombies found in Valve’s games. But Back 4 Blood doesn’t feel like a relic of the past, either. Turtle Rock has made smart choices when it comes to giving players more ways to shape their own adventures, encouraging them to experiment with different playstyles and rewarding them for doing so, and I think that’s ultimately what will give this game its longevity.