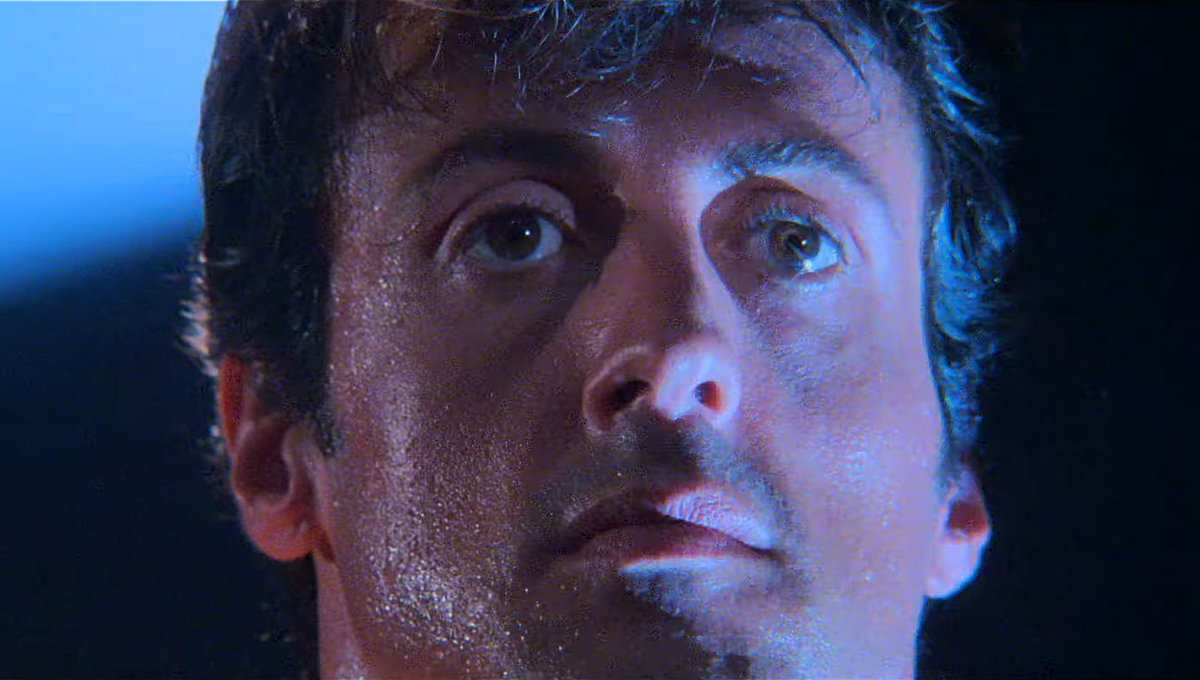 Rocky IV is often callously dismissed as a motion picture punchline embodying 1980s absurdity and the popcorn-friendly selling-out what was once an Oscar-winning franchise. However, the film remains widely beloved, and clearly means a lot to its star/writer/director, Sylvester Stallone. Having long felt the 1985 film was unfinished, Stallone recently took upon the task of reediting the existing raw footage into what is essentially a new movie. Thusly, the film fully titled Rocky IV: Rocky vs. Drago | The Ultimate Director’s Cut has come into being, now teased by the release of its first official trailer.

While a definitive list of changes from the Rocky IV Director’s Cut will obviously have to wait until the film’s November release, its just-dropped trailer is nevertheless a gold mine of teased tweaks. What is immediately clear is that Stallone has done his level best to mitigate the film’s more notorious aspects, namely its perceived status as a mindless, conventionally-jingoistic actioner rife with synthesizer-strewn rock ballads, overly-ostentatious Foley sounds and… well, a robot. Indeed, the trailer conveys an altered tone, one for which Sly’s long-disclosed erasure of said robot, a real-life automaton called SICO, might be just the tip of the iceberg.

With that set, let’s go over the changes the trailer teases for Rocky IV: Rocky vs. Drago | The Ultimate Director’s Cut. As a preface, we’re just focusing on the substantive changes, since the trailer showcases a bevy of new takes and slightly different (but ultimately similar) versions of lines from the original release. First, check out the trailer just below!

Apollo’s familiarity with Drago is clarified.

Apollo Creed (Carl Weathers) can be heard uttering the newly-specific line, “I’ve seen this Drago fight.” In the original release, he can be briefly heard in the opening of his conversation with Rocky intimating that he saw Drago fight, and states that he’s slow and clumsy. Yet, this refined version of the line—where he unprecedentedly says Drago’s name—better emphasizes the notion that Apollo wasn’t exactly getting in the ring with a completely unfamiliar opponent, as we were led to think in the original release. This arguably stands as key context about his ultimately-fatal fight.

As wife Adrian (Talia Shire) expresses to Rocky about Apollo with new clarity, “He thinks he’s fighting for the whole country, but his reasons are wrong.” Of course, Adrian made her displeasure over Apollo’s choice to fight Ivan Drago (Dolph Lundgren) known in the original release, but it was draped in her explanation of being worried about the aging, five-year-retired friend not being able to take the sport’s pulverizing punishment for much longer.

The original release reserved Drago’s very first lines to the famous “If he dies, he dies,” post-fight interview while coldly standing over Apollo’s dead (or still dying) body. However, the pre-fight press conference saw Apollo clowning a stoic, ominously-silent Drago and his entourage in a signature fashion that likely gave Rocky flashbacks. Interestingly enough, Drago’s new press conference line, “I did not come here to lose,” was actually in the original release, but was instead said by his wife, Ludmilla (Brigitte Nielsen). It’s an intriguing, though arguably pointless swap.

Drago’s famous teaser trailer line is finally in the film.

What is, perhaps, the most famous movie line to never be uttered in the actual movie itself has been restored. The line in question, “Soon [the] whole world will know my name!,” followed by “Drago! Drago!,” will no longer be relegated to the more esoteric realm of 1980s movie trivia. Of course, the line, which was to be part of Drago’s “If he dies, he dies” diatribe, was not included in the original release.

However, the line has long been intrinsically connected to the film, since Rocky IV’s first teaser trailer served as an introduction to Rocky’s new opponent, Drago, who—in a different take than the one we see here—famously utters, “Soon, the whole world will know my name.” In fact, the trailer line was contemporaneously famous enough to be sampled by quasi-futuristic New Wave band Sigue Sigue Sputnik in their (frequently film-featured) 1986 signature hit “Love Missle F1-11” in the very end of the song. Its usage was designed to echo the song’s commentary on cinematic ultraviolence, which was also exemplified by lines from Scarface and The Terminator.

“I let it happen,” says a guilt-ridden Rocky in a new line from Apollo Creed’s funeral. While said scene remains a dominant source of Rocky IV’s various production foibles, it was still an impactful moment in the original release, in which Rocky’s eulogy strongly implied his own motivation to eventually—at the clear risk of his own death—avenge Apollo’s death in the ring. Yet, the Director’s Cut trailer gives us a new funeral line that brings it all home beyond mere implication, punctuating it with “I gotta take everything he’s got,” which mirrors a line from the original release that Rocky delivers to a frustrated Adrian later in the film after he accepts the fight.

In a new line, Rocky says to his son, Rocky Jr. (played by the perfectly named Rocky Krakoff), “There’s gonna be a time when you’re gonna have to do things that other people don’t think are right, but they’re gonna be right for you.” While it’s hardly groundbreaking, the line is a notable expansion on what Rocky said to his son about facing one’s own fears in the original release.

“He’s had one professional fight and one man is dead,” shouts a suited official to Rocky in an entirely new scene. Perhaps the most notable omission from what Stallone shot for Rocky IV was this conference room scene, in which Rocky attempts to get the Boxing Commission to officially sanction his fight against Drago.

The result of said scene, which was likely cut due to the notoriously-slowing effect of conferences, was nevertheless conveyed in the original release as part of a brief barrage of print headlines, specifically a New York Post front page, which read “Boxing Commission KO’s Rocky: Will Not Sanction Fight—“Wait 2 years.” Now, we finally get to see that event, which resulted in Rocky relinquishing the Heavyweight Title to fight Drago in an unsanctioned Christmas Day fight in front of an initially-hostile Moscow crowd.

Last, but not least, it appears that Stallone has, presciently, mixed in some pertinent lines from Rocky IV’s immediate follow-up, 1990’s Rocky V. Amidst the chaos of the film’s climactic battle, we can see a beaten-down Rocky hearing lines such as “Get up, you son of a bitch,” delivered by his late trainer, Mick (Burgess Meredith) and “All those fighters you beat, you beat them with heart,” from wife Adrian, respectively, in the eventual five-quel. Contextually, the former line occurred in a flashback that motivates Rocky to get up and defeat his wayward former apprentice, Tommy Gunn, with the latter line delivered to a disillusioned Rocky in the immediate aftermath of said apprentice’s betrayal.

Interestingly, the apparent inclusion of the Rocky V lines, specifically Adrian’s, which were not from a flashback, might indicate that this director’s cut resides somewhere outside the official Rocky cinematic continuity—which, laugh all you want, is totally a thing, especially since it was expanded upon with the ongoing Creed movies.

Rocky IV: Rocky vs. Drago | The Ultimate Director’s Cut, is scheduled for a one-night-only theatrical release from Fathom Events on Thursday, November 11. Given that release’s extremely limited nature, we can reasonably expect the film to arrive in a more accessible manner—Blu-ray/Streaming—shortly afterward.