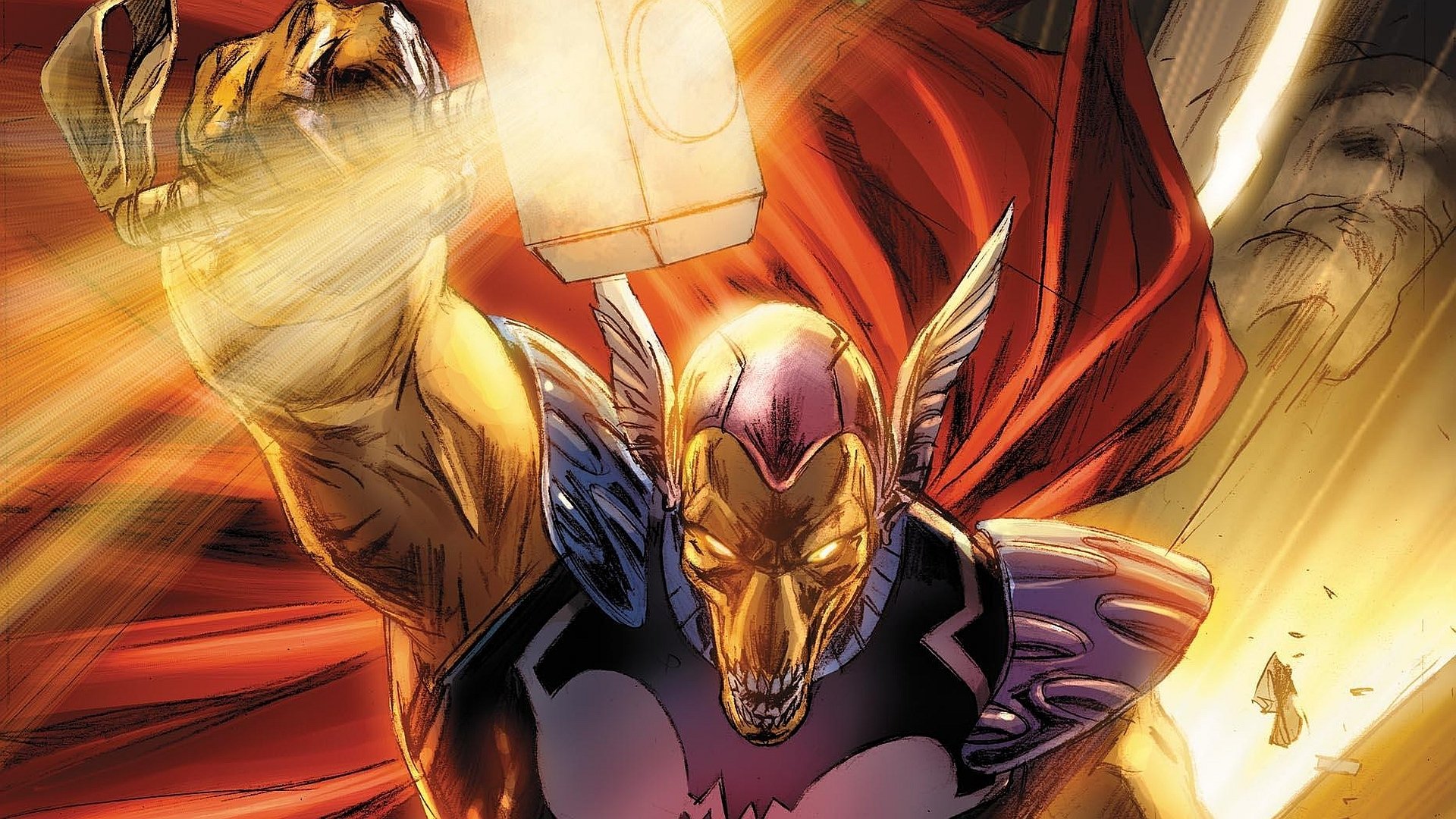 After a brief Easter egg in Thor: Ragnorak, Beta Ray Bill might finally make his MCU debut in Thor: Love and Thunder.

“One of the few Thor: Love and Thunder plot details Marvel officially confirmed is that it will see Natalie Portman’s Jane Foster turning into The Mighty Thor. That means the film will feature, at the very least, two different versions of the God of Thunder in Chris Hemsworth’s Thor and Portman’s Jane. However, one of the more recent, popular rumors surrounding the film is that it will include the surprise appearances of multiple Thors from different universes. If true, that means Thor: Love and Thunder could very well give Marvel fans everywhere the BETA RAY BILL introduction they’ve long been waiting for.”

Want more of Razor Fist from Shang-Chi and the Legend of the Ten Rings? Actor Florian Munteanu teases his character appears way more in deleted scenes.

“Shang-Chi and the Legend of the Ten Rings has no shortage of compelling action sequences, with the bus sequence earning raves from audiences across the globe. The scene centers on Shang-Chi (Simu Liu) fighting Razor Fist (Florian Munteanu), an assassin with a machete blade for a right hand. Munteanu, who previously played Ivan Drago’s son Viktor in Creed II, said that there’s plenty more Razor Fist content that ended up on the cutting room floor.”

Isaac Asimov’s classic Foundation, the alleged inspiration for Star Wars and Dune, is almost here in this behind-the-scenes look.

“Apple TV+’s long-awaited adaptation of Isaac Asimov’s classic sci-fi saga Foundation is nearly upon us, and the streamer wants you to be both excited and prepared. We’ve got a few trailers so far, and now there’s a “First Look” that goes behind the scenes of the series. Prominently featured is the showrunner, writer, and executive producer David S. Goyer (The Dark Knight, Batman Begins, Dark City); for even more from him, you can check out io9’s one-on-one interview from earlier today.”

BioShock has amazing gameplay and storylines, but sometimes they don’t perfectly align.

“In 2007, game designer Clint Hocking was taking part in this discourse after having played Irrational’s BioShock, which was released earlier that same year. Though he enjoyed the game, he struggled a great deal with the fact that the directives and incentives within BioShock’s narrative and gameplay weren’t aligned. This is what he referred to as “ludonarrative dissonance,” and it bothered Clint so much that he almost put the controller down and walked away.”

Jason Sudeikis and Lil Nas X are just two of the many celebrities who should host an episode of Saturday Night Live this season.

“Saturday Night Live’s season premiere is just around the corner: The sketch series returns with new episodes on October 2. Today’s AVQ&A is all about who we’d like to see on the show during season 47. There is a ‘should’ that represents personal opinion, and there’s a ‘should’ that expresses what is bound to happen, and Jason Sudeikis hosting Saturday Night Live during season 47 stands firmly in the middle of that Venn diagram.”

Are you a fan of seeing a director’s true vision unfold? Check out Blade Runner: The Final Cut, and more of the best directors cuts you can stream now.

Since the earliest days of VHS, the home video market has sometimes allowed filmmakers to reconcile their regrets of studio interference and release director’s cuts of certain movies. These editions, which are often longer and feature restored plot points and more fully fleshed-out characters, typically represent the director’s true artistic intentions.

The Best Cosplay at New York Comic Con 2021
How The Flash Movie Trailer Brings Back Michael Keaton’s Batman Burtonverse
American Horror Story Double Feature Goes Behind the Scenes at the Faked Moon Landing
Doctor Who: Why Everybody’s Saying Lydia West is the New Doctor
The Best Scary Movies on Horror Channel for October