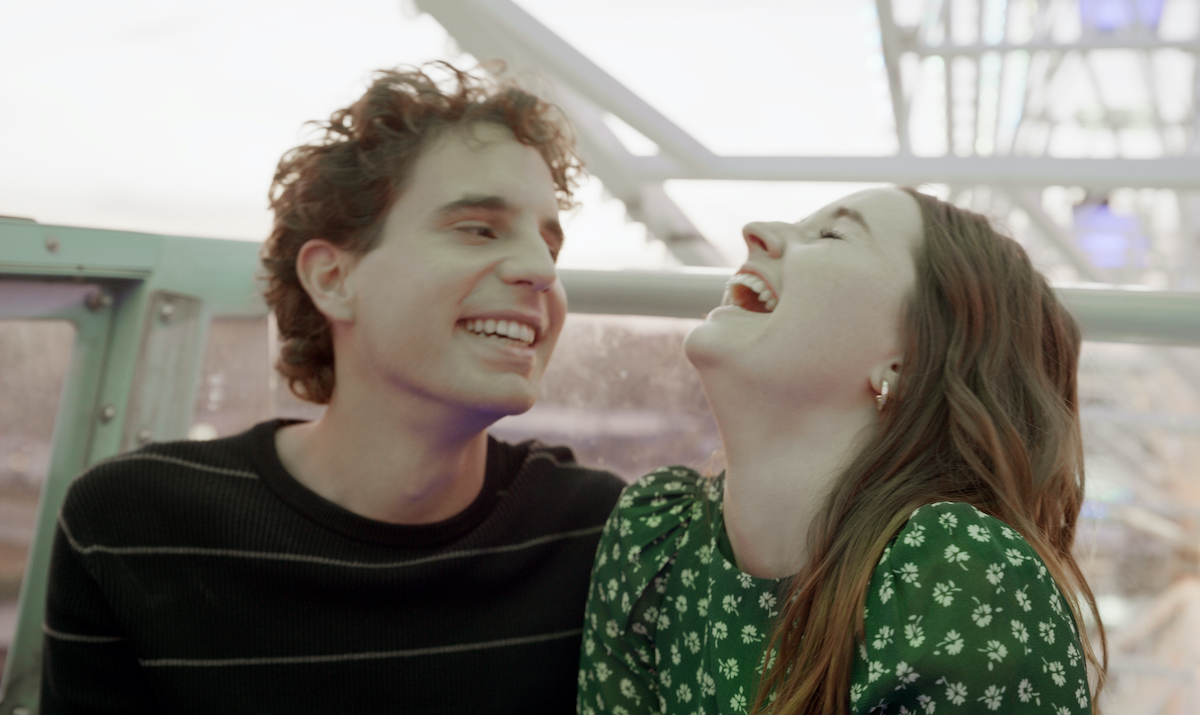 There was a moment near the beginning of Robert Zemeckis’ odyssey into mo-cap animation where the press believed the magic trick: Yes, these soulless dead-eyed automatons who kind of look like Tom Hanks in a Santa suit are the future, we were told. Yet no matter how much digital snow was drawn on Hanks’ head, never once did anyone feel Christmas cheer. I was reminded of this trip to the uncanny valley while watching Dear Evan Hansen. And not just because of the incredulity of producers thinking actor Ben Platt could still pass for a teenager while pushing 30.

To be sure, there is some definite Steve Buscemi with a skateboard energy to the way Platt hunches his shoulders and quivers his lip, attempting to mimic high school awkwardness and appearing just awkward. However, you don’t need to be John Travolta or Olivia Newton-John to lull an audience into a suspension of disbelief. No, the issue with Dear Evan Hansen is a tone deaf and wall-to-wall cringe of a plot that somehow got a pass on stage. Whether something was lost in translation or if intent was mistaken for achievement is not exactly clear. But either way, this is a stunning whiff on a fundamental level, one which spectacularly misreads the implications of its fable and naively endorses the healing power of social media likes. If this were on one of those apps, you would unsubscribe.

The machinations of Dear Evan Hansen‘s passion play begin when Evan Hansen (Platt) writes a letter to himself which reads like a desperate cry for help. These self-directed correspondences were the idea of Evan’s therapist due to the high schooler’s bouts of anxiety or maybe depression. It’s vague. Whatever the case, when fellow loner Connor (Colton Ryan) reads the note and keeps it, things quickly spiral out of hand because Connor kills himself.

Mistaking the letter as Connor’s suicide note, the boy’s grieving parents (Amy Adams and Danny Pino) connect with Evan, eager to cling to something, anything, left of their son. Evan tries to tell them the truth, but they seem so sad, and Connor’s sister Zoe (Kaitlyn Dever) is just so cute, that maybe Evan will let this whole misunderstanding ride. Sure, he’ll say, he was Connor’s best friend. And hey, since Evan will sing about loving thyself on YouTube, this makes him a tragic hero for the alienated and downtrodden, right? Right?!

A theater phenomenon when it premiered first Off-Broadway and then on the Great White Way in 2016, Dear Evan Hansen was previously received as a poppy tearjerker that spoke to the importance of helping those living with mental illness, and finding a way for those who feel like outsiders to be made welcome. The last element proved especially appealing to commercial interests, in no small part because of Benji Pasek and Justin Paul’s music and lyrics about teenage loneliness, and Platt’s undeniably heartfelt performance.

Yet not unlike when Cats was transferred to cinema, flaws that could previously be glossed over in a theater were now glaring on film sets. Also similar to Cats, the choices made here by director Stephen Chbosky and screenwriter Steven Levenson (who works from his own  Tony-winning book) often undermine musical moments that might’ve played a bit better on the boards. For instance, a song wherein Evan Hansen and an imaginary version of the dead Connor sing a jolly duet could work in a medium where artifice is high, but in a film photographed at a bland, beige high school, the sequence borders on tasteless.

That insistence in grounding this in a visual verisimilitude—wherein the clear intent is that this will be seen as an important movie, the kind that wins awards—poorly serves the film’s lead performance, with Platt at times looking like a sweatier version of Matthew McConaughey in Dazed and Confused: the old guy cruising for high school girls. But it also exposes the saccharine limitations of the narrative.

Dear Evan Hansen is a story in which a lonely kid makes a horrible mistake and then doubles down on exploiting another lonely kid’s suicide because of the instant gratification it gives him as a social media celebrity, and because it allows him to insinuate himself among a grieving family. Rather than deeply exploring the unpleasant and even cruel consequences of these choices, the film weaves and dodges, attempting to always make excuses for Evan’s actions and assure viewers he’s a nice, relatable every-teen. He is a character suffering from mental illness, but the script never takes the time to address what that mental illness is.

His sudden popularity on Instagram and TikTok is thus treated as meaningful growth for both him and the whole school, rather than the performative and vapid exploitation of tragedy that it is. And that vapidity is then couched in admittedly ear-wormy songs about self-acceptance with all the depth and specificity of a Katy Perry anthem. But then perhaps that’s the point since Perry-esque ballads in Pasek and Paul’s last movie musical, The Greatest Showman, became instant social media sensations too.

There is an early scene in Dear Evan Hansen where a couple of teenagers who were low-key mean girl bullying Connor take a selfie in front of the now dead kid’s locker; it’s a feigned show of belated compassion. A cynic might argue this is what the entire movie is doing, although that would be too harsh. The film’s heart is in the right place, with hopes and aspirations to have a serious conversation about difficult issues. Nonetheless, the end result is pretty much the same. Like its lead character, the movie doesn’t realize its paying lip-service to trauma and the lonely for its own benefit, and the fact it is then so pleased with its cloying bromides makes this infinitely more uncomfortable to watch than CGI pussycats.

Dear Evan Hansen premiered at the Toronto International Film Festival. It opens in U.S. theaters on Sept. 24 and in the UK on Oct. 22.

Can No Time to Die Break the Final James Bond Movie Curse?
Doctor Who: Previous Guest Stars Who’d Be Great as the New Doctor
Squid Game: Best of the Cast’s Shows and Movies to Watch
Squid Game Ending Explained
Link Tank: Is Tom Hardy Teasing a Venom Appearance in Spider-Man: No Way Home?