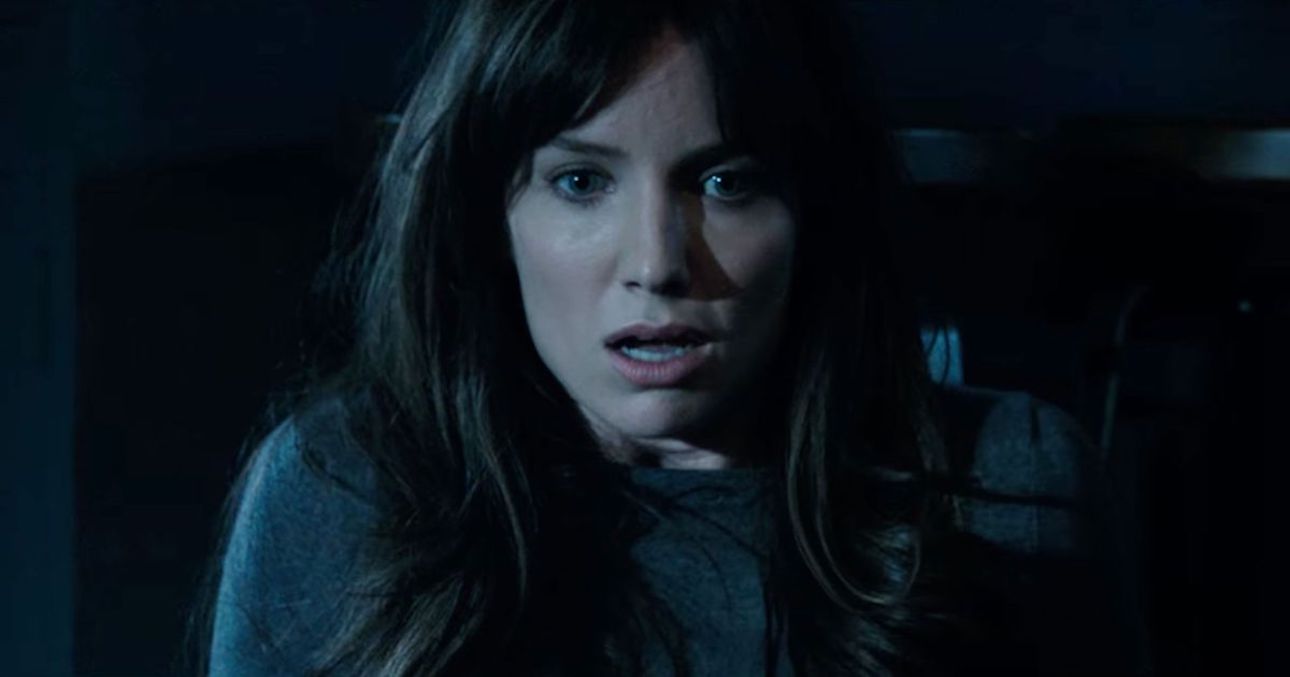 No matter what you think of James Wan’s Malignant, you have to give him this much: it’s pretty original. The filmmaker behind some of the biggest horror movies from this century—Saw, Insidious, and The Conjuring in all under a decade—used that clout to pass on a sure thing like directing The Conjuring 3 and instead created something absolutely batshit crazy. In fact, it is on a hill of that batshit where Malignant will live or die for most viewers.

If you’ve read this far, we hope you’ve seen the movie and it’s not a spoiler to say that Gabriel—the mysterious “imaginary friend” from a forgotten childhood—is actually a parasitic twin. Yes, the monster killing everyone is actually the forgotten sibling of Madison (Annabelle Wallis). He stopped developing early on during their mother’s pregnancy, yet he’s shared literal space in Madison’s head and on her body ever since… and he’s been lying dormant for nearly 30 years until a nasty bump on the head gives him the ability to take over sis’ body and crawl out of her skull!

The concept is pure lunacy, and stranger still James Wan pivots his entire movie around the “reveal” of this image of Gabriel emerging out of the back of Madison’s head. Not until audiences are over an hour in do they realize what kind of schlocky silliness they’ve signed up for. It’s a bold gambit from a filmmaker who has the security of a billion-dollar Aquaman franchise behind him to take big swings like this. It also fails spectacularly on nearly every level.

Perhaps. There are definite similarities between Malignant and several Cronenberg horror movies from the late 1970s and early ‘80s, which trafficked all in the shock of physical deformity to get under the skin—and closer to darker thoughts in the mind. Cronenberg’s The Brood (1979) bears particular similarities to Malignant. In that film, a couple’s messy divorce and child custody battle takes on horrific connotations when the wife (Samantha Eggar) seeks experimental psychological treatment from a doctor (Oliver Reed) who convinces her to physically manifest her pain: which involves the shocking ending where she gives birth to a brood of monstrous alien-children who kill her subconscious’ enemies and attempt take her daughter back from her estranged husband.

The revelation of these children is visually more shocking and scarring than any image of twisted, misshapen appendages or opening skulls in Malignant. But then that’s because like all other Cronenberg films, the body horror was merely a means to an end. A metaphor about male-dominated society’s anxiety toward the bonds between mother and children, and even a fear of the reproductive process unto itself, underlies the entire running time of The Brood. It’s the ugliness of this paranoia made visceral.

Yet this comparison shows where Malignant fails. Like the Cronenberg movie, Wan’s film pivots on a shocking twist and an uncomfortable image of physical distortion. Yet that twist and that image are ends unto themselves, divorced from any sort of significant meaning or depth.

The revelation that Madison is attached to a deformed and malicious twin brother who hides, quite literally, inside her head appears to serve no purpose beyond the initial shock of seeing Gabriel crawling out of a little girl’s back like one of the grosser gags in a Troma film. Wan and his co-writers—Ingrid Bisu and Akela Cooper—don’t appear to have anything to say after this other than “boo.” When Gabriel finally reveals himself in the film’s present timeline, it isn’t for anything as loaded as the image of a mother licking her newborn’s afterbirth before the eyes of a disgusted husband; it is just so Gabriel can take over Madison’s body and brutally kill a bunch of other prisoners inside a jail cell. It’s maximum splatter for minimal payoff. As a story, Malignant isn’t really about anything else.

In this way, Malignant falls into the long line of empty calorie “twist endings” that define their movies for all the wrong reasons. These are twists that rather than get under the skin settle for tickling the funny bone.

For better or worse, perhaps the filmmaker most associated with these types of misjudged shocks is M. Night Shyamalan. He’s another undeniable auteur with a taste for the peculiar and daring. He can also lay claim to one of the all-time best narrative twists in a horror movie or any other genre thanks to The Sixth Sense. The realization that Bruce Willis has been a ghost for almost that entire film’s running time, and what it both means for the scenes between him and Haley Joel Osment as well as his character’s own sense of anguished regret, earned Shyamalan a Best Screenplay Oscar nomination.

Which is likely why so many folks still cackle about some of Shyamalan’s attempts to recapture that magic with subsequent twist endings. To be clear, Shyamalan has achieved some great shocks in subsequent movies, from Unbreakable to more recently The Visit and Split. But nothing can forgive the disappointment found in revealing the characters in the 19th century-set The Village have actually been living in the 21st century the whole time—and that their town’s elders have simply been lying to younger generations about monsters in the woods for reasons. Nor can anything silence the giggles that still curl the corner of the mouth when one recalls that “it’s the trees” out to cause humans to commit mass suicide in The Happening.

Twists that exist purely for the purpose of shock are a bit like a camp counselor making up a ghost story as they go along. The results might be amusing (or not), but they rarely make sense.

When the desire to shock becomes the sole reason to tell the story, the “twists” are more often remembered for their absurdity (like figuring out that Matthew McConaughey is a video game character in Serenity) or outright incredulity (such as Robert Pattinson’s coming of age story in Remember Me turning out to be a 9/11 movie the whole time with the final scene occurring on a Tuesday morning in September).

I don’t think the twist in Malignant works. At all. It’s an unsatisfying answer to an otherwise uninspiring mystery, which is unspooled in an obligatory fashion. Since viewers don’t know who most of the murder victims are in the stylish if otherwise uninvolving first half of the picture, Wan’s visual flair amounts to little of interest. The same goes for Wallis’ flat performance.

When coupled with a “reveal” that has nothing meatier to add beyond Madison developing inexplicable super-strength, so as to allow her to punch her fist through other inmates’ bodies, the movie becomes downright laughable. Yet in its way, that laugh will stick out in the memory a lot longer than other failures that are just going through some other movie’s formulaic motions. So maybe Gabriel really will get the last laugh in the end?

Malignant is in theaters and streaming on HBO Max now.

Link Tank: Beta Ray Bill Could Be Coming to the MCU
Brooklyn Nine-Nine’s Series Finale Makes Up for Season 8
15 Best PlayStation One RPGs Ever Made
Only Murders in the Building Theories: Who Killed Tim Kono?
Netflix’s He-Man Isn’t for Parents, It’s For a New Generation