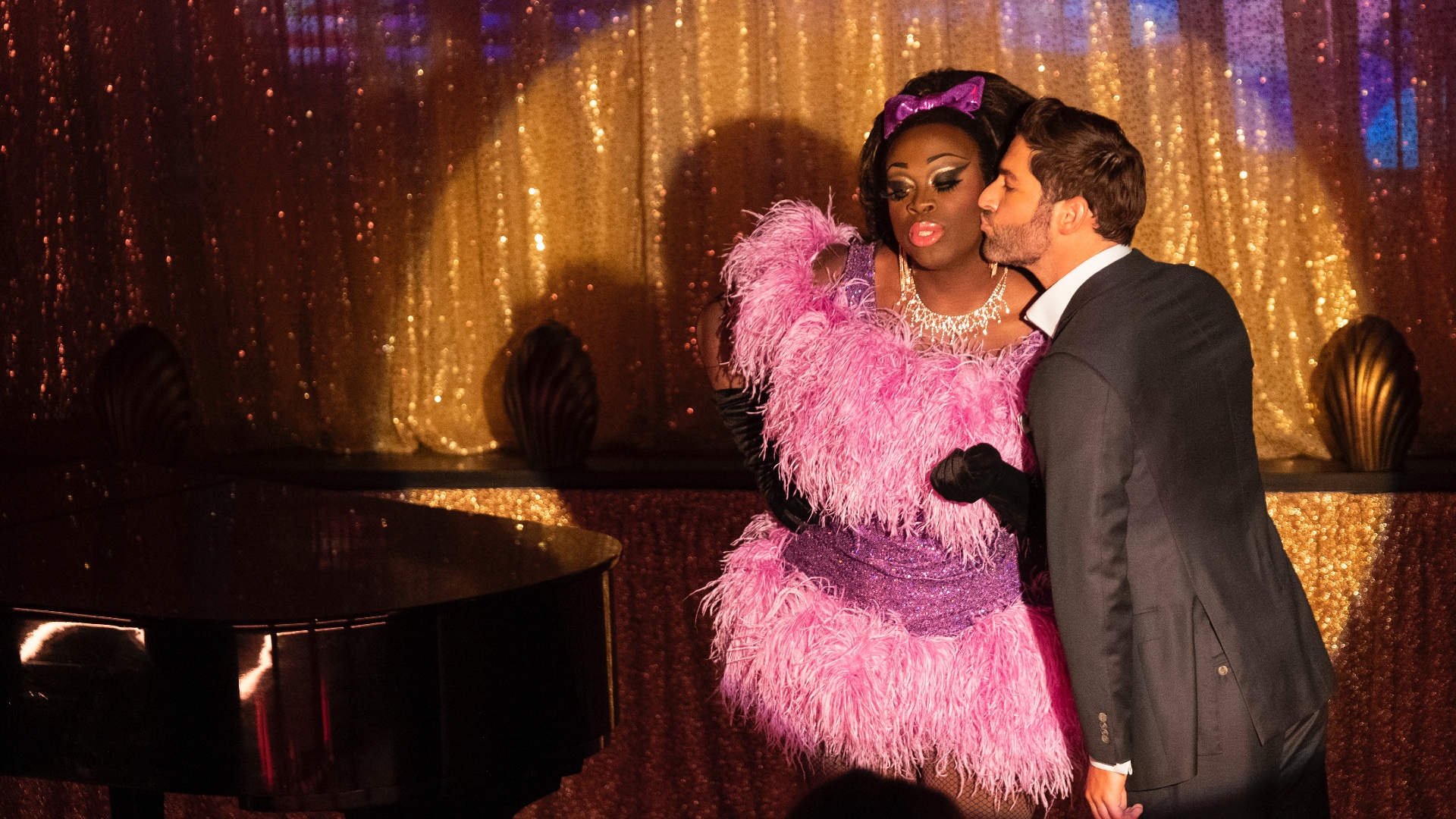 This article contains light spoilers for Lucifer season 6. Avoid only if you want a completely unsullied experience.

Lucifer has been to Hell and back. Quite literally. Based on the DC character introduced in the Sandman comic books, the TV series follows the devilish Lucifer Morningstar (Tom Ellis), who abandons his own fiery realm to open a nightclub in Los Angeles. But, as he began to consult for the LAPD, Lucifer slowly developed feelings towards Detective Chloe Decker (Lauren German) and along the way, inadvertently discovered he was far more human than he ever expected.

The show originally aired on Fox before being canceled after the third season. Netflix swooped in and renewed it, before also giving it the axe after two more seasons. But, thanks to a dedicated and vocal fanbase, the streaming network greenlit a sixth – and final – season of Lucifer, which is available to stream now.

In the meantime, the titular character experienced his own little odyssey. The former fallen angel learned about friends, love and selflessness. In addition, Lucifer most recently assumed the mantle of his heavenly father, God. But a mysterious new angel that will be introduced this year will throw Lucifer’s life into total chaos… in both the best and possible ways.

Lucifer showrunners Ildy Modrovich and Joe Henderson spoke to Den of Geek about Lucifer’s godly responsibilities, the new angel in town, going animated, and closing the series on a high note.

Den of Geek: What kind of story did you want to tell this time, and how did it change from the last series finale crafted for season five?

Ildy Modrovich: When we were first graciously offered a season six, we said “No.” We felt we had a great ending, and we were so worried about staying at the party too long. We had already looked at season five as the end of Lucifer’s journey in terms of his father. He was this angry, rebellious kid who was mad at his father. He had resolved a lot of the issues that he had with God in season five. We thought, “Now what?”

We didn’t want to tread water, but when we started talking to the writers’ room, to Tom, to each other, we realized there really was one more chapter, which was, “What would Lucifer feel like if he was in God’s shoes?” Let’s do that. It’s one thing to experience something yourself, but what is it like to have the child angry at you? How does that feel for Lucifer? That became the nugget we dug into.

Lucifer is poised to take over as God. How ready is he to assume that position and those responsibilities?

Joe Henderson: So much of season six is what happens when the dog catches the car. What happens when Lucifer, who always wanted to have a throne right next to dad, finally gets THE throne itself and why does he seem to be hesitating? What does that mean for him and what does that mean to the world, when there isn’t a God on the throne for an extended period of time? But it’s really about the emotionality of what happens when you have to become your father, or just facing what that future could be.

A new angel arrives on Earth, played by Brianna Hildebrand. How does that presence push Lucifer and Chloe out of their comfort zone?

Henderson: We have this new angel who comes onto the show, who represents everything Lucifer used to be, like this rebellious woman who looks at Lucifer and is like, “Who is this guy? This isn’t the guy I’ve known before.” So much of it is Lucifer having to face someone who reflects a lot of who he used to be… rebellious and cool, in very different ways. So, it’s like what happens when someone comes around, who is the new rebel, and how does Lucifer deal with that?

How did you land on doing a cartoon segment in the third episode, “Yabba Dabba Do Me”?

Henderson: Honestly, it was a mixture of two things. The limitations of Covid, which, so much of our season was the limitations of Covid being to our benefit. From this episode to much more intimate scenes focusing even more on our own main cast because we didn’t want to bring in more people than we actually needed, we realized the less days we were shooting the better off we were. So, why don’t we do an animated sequence?

The fun is to take that problem and to turn it into an opportunity because I have always wanted to write animation. I have always wanted to do something like this. So, the minute we had an excuse, we hit the ground running. We got really lucky because the Harley Quinn animators were available. Jennifer Coyle and her team over there are the ones who did it, which is why it’s so darn awesome.

What a blast that sequence is…

In what way does the theme of secrets manifest and fester this season?

The “will-they-won’t-they,” bringing them together is actually kind of challenging. Just because you are in a relationship, doesn’t mean that everything is hunky-dory and fine. Finding those little secrets, that could balloon into something bigger, was a very important part to us in the first half.

How much fun was it giving Chloe a more physical role this season? She kicks serious ass…

Modrovich: So much fun. Lauren loved it. She loved the scene with Maze (Lesley-Ann Brandt). We were a little worried because we’ve never had her fight. We were like, “Are you cool with it?” Lauren’s like, “Bring it!” She was really into it. She liked not only fighting Lucifer, which you see in the trailer, but others.

Henderson: Part of the fun of any series is discovering something new in the end. Talk about the lowest hanging fruit of an idea, which is Lucifer versus Chloe, and to find a way to earn that and to be able to have them stand toe-to-toe in a fight was really fun.

Somehow, you always manage to incorporate singing and dancing into the show. What was your favorite musical number this year?

Modrovich: “Bridge Over Troubled Water.” That was a surprise. We had asked Brianna at the beginning of the season if she was comfortable singing. She said, “I can carry a tune.” Talk about underplaying it. We were blown away. I remember I was walking to the studio, through the hallways of the music studio where they were recording, and I heard this voice. I thought, “Oh, that must be the temporary track, the vocal coach laid down a track for Brianna to follow.” I walked in and it was her. “That’s the voice of an angel. It’s so clear and clean and unaffected.” It was beautiful.

What discussions did you have about where you wanted all the characters to end up?

Henderson: We wanted everyone to have endings that were beginnings, where the fans feel like these stories are going on. We might not be able to see them, but these characters are living lives and they are excited for them. We wanted happy endings, but happy endings with a dose of reality, a dose of bittersweet, especially with Lucifer and Chloe. That’s the most bittersweet relationship of all.

Lucifer’s redemption has been a hot topic since day one. How important was it to get to that point, for Lucifer to not only achieve redemption, but also for him to find his calling and his humanity?

Henderson: They are all sort of mixed in together. What I love about how you phrased that is you separated three different concepts that, to me, are all sides of this three-sided coin. So much of it is, “What is our purpose in life? What am I supposed to do?” Callings and fate are two different things. A purpose, a sense of what I can do, what I can bring to the world… was a very important differentiation. Lucifer is saying, “I am embracing fate and what I can do to make me happy and better the world.”

All 10 episodes of Lucifer season 6 are available to stream on Netflix now.

Stargirl: Bringing the Evil of Eclipso to Life
Link Tank: Colin Farrell’s The Penguin is Getting an HBO Max Spinoff Series
15 Best PlayStation One RPGs Ever Made
Supergirl’s Final Season Soars When Focused on Character
With No Time to Die Farewell Speech, Daniel Craig Makes Peace with James Bond