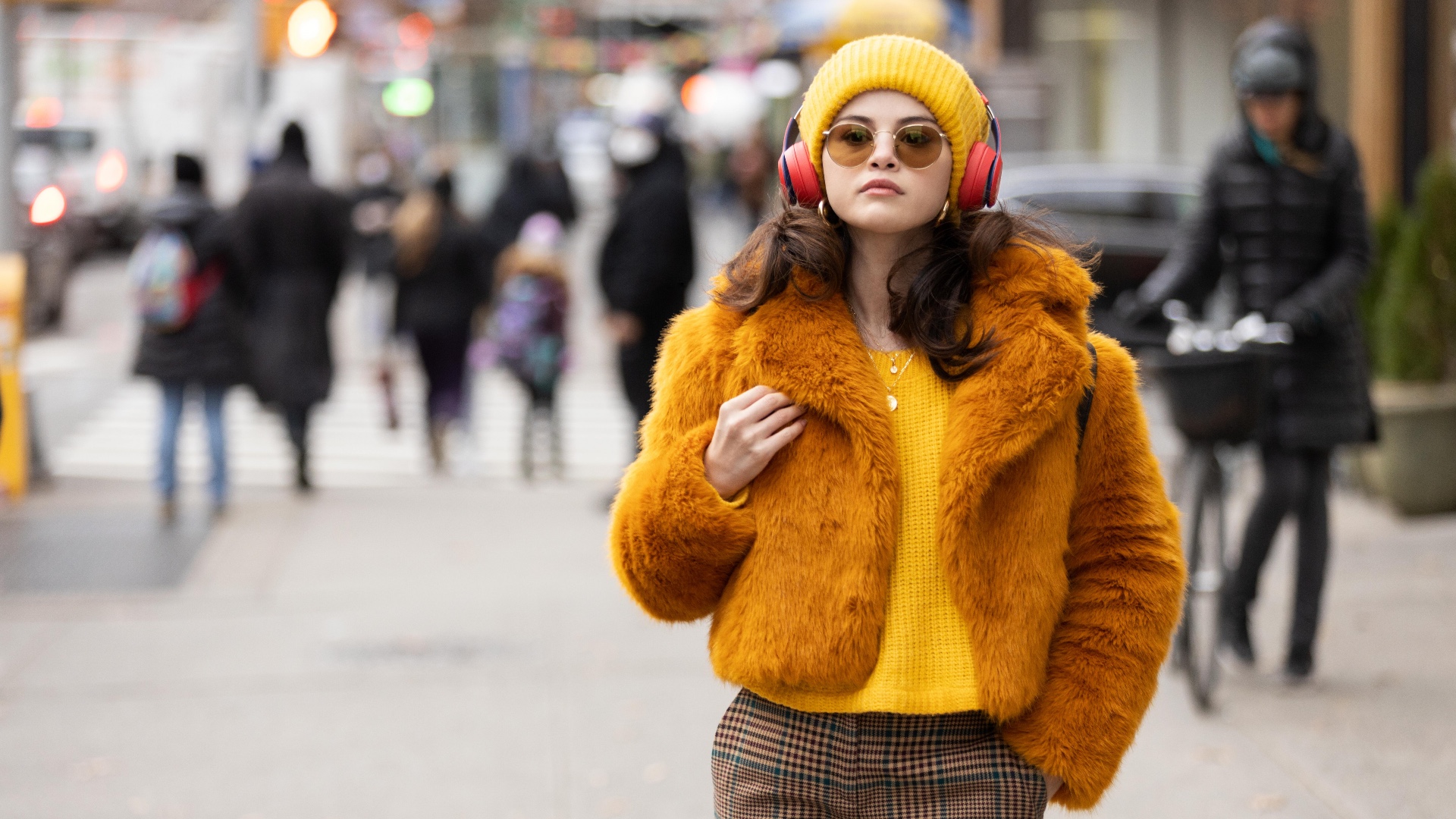 This article contains spoilers for Only Murders in the Building episodes 1 through 3.

Oftentimes in entertainment the oddest teams make the most compelling stories. When Hulu released the first three episodes of their new original series Only Murders in the Building last week, most people tuned in because they were intrigued by the prospect of seeing Martin Short, Steve Martin, and Selena Gomez combine their talents to take on the well-worn comedy/mystery genre. It wasn’t a surprise to see the first two men working together, as both Short and Martin are legends of the category, but throwing Gomez into the fire would seem at first glance like putting jam on a pork chop (an odd habit of one of my relatives).

Gomez got her start working in lighter fare on Wizards of Waverly Place as a teenage actress, but then prioritized making music and has become one of the definitive pop artists of the last decade. She popped up in the news a little too periodically for her on and off romance with Justin Beiber, but has hit somewhat of a dull patch as of late. Only Murders in the Building has given her a new platform to show her immense talents to the world and she’s delivered in spades, turning in a career-best performance and being arguably the most captivating presence on-screen amongst icons.

The series is a mashup of sorts, a parody of the obsessions people have with true crime stories which places its three leads in the exact scenarios they are used to debating as fodder. Tim Koto, a fellow resident of the apartment complex that Charles (Steve Martin), Oliver (Martin Short), and Mable (Selena Gomez) live in, is murdered in the pilot episode. Knowing all too well that there are more sides to the story than what the police uncover on their own, the unlikely trio team up and create their own podcast to react in live time to the investigation of the murder.

The Martins, now in their 70s but still as brilliantly witty and intelligent as ever, deliver the same sharp satire that we’ve seen for decades. It’s Selena Gomez’s performance as the mysterious young woman who has a strong personal connection to the victim of the murder who gives the program its extra element. She bounces off of her two older co-stars without ever making them feel like add-ons, yet she drives the narrative forward with the perfect mix of dramatic and sarcastic tone.

The writers make two key choices that assist Gomez shining in an arena in which she could be overshadowed. The first is placing her next to Steve Martin and making them a duo for a large portion of the first few episodes. When the three characters are all together, Martin and Short’s experience and comedy pedigree kick in and threaten to cloud Gomez’s ability. The one-on-one time between Charles and Mable builds the latter’s sitcom chops and gives her time to work through the material in a more intimate setting.

Mable is hiding that she knew Tim Koto since childhood, and as such she is the most deadpan of the main characters in the show. She plays off of Charles’ naivete and serves as more of the wide receiver to his quarterback. After the table is set, she is more than capable of questioning his reasoning and forcing him to get out of his comfort zone (Charles tells a story about how he likes being lonely, and the developing camaraderie in the show has been one of the beacons of enjoyment for the audience.)

One particularly apt scene in the third episode occurs when Mable and Charles head over to a suspect’s home who has an obsession with his cat who just so happened to die on the same night as Tim Koto. With the pet frozen away in the kitchen and Charles having an anxiety nose-bleed at the sight of the corpse, Mable plays the level-headed leader of the operation in distinct fashion and serves as the audience’s conduit into the world of mysteries and oddball humor on display. She calms both Charles and the cat father and explores some dry humor by prodding both men and expanding their character development as the reasonable person in the room.

It will be very fascinating to see where Mable’s character arc takes Gomez as the season goes on. Can she expand on the strong start and peel back the layers of a woman who is simultaneously intelligent, introverted, and hiding some trauma and complications from her past? So far so good, but Gomez has never played anybody with this kind of potential before. She has the opportunity to mark up her reputation in a big way by really grabbing the story of Mable head on and adding her own little personality quirks and emotions.

Gomez’s inclusion in the cast has certainly contributed to making it one of the most talked about shows on TV for the new fall season and the most streamed comedy premiere in the history of Hulu’s original programming. She has promoted it heavily to her 259 million Instagram followers and helps diversify an audience that would otherwise likely skew older due to her other two co-stars.

This also opens up the challenge of thinking about her as the character Mable rather than the pop star Selena Gomez. Audiences will tune in at the start for her, but if the character doesn’t continue to provide depth and intriguing facets, that initial allure of star power fades into the background. She certainly deserves an immense amount of credit for taking on a role that contrasts so much from her past work and it has worked out fantastically right out of the gate. There’s no reason to suspect that success won’t continue.

Emmys 2021: Complete List of Winners
Only Murders in the Building Theories: Who Killed Tim Kono?
My Hero Academia Season 5 Episode 24 Review – Tomura Shigaraki: Origin
15 Best PlayStation One RPGs Ever Made
Squid Game: Best of the Cast’s Shows and Movies to Watch