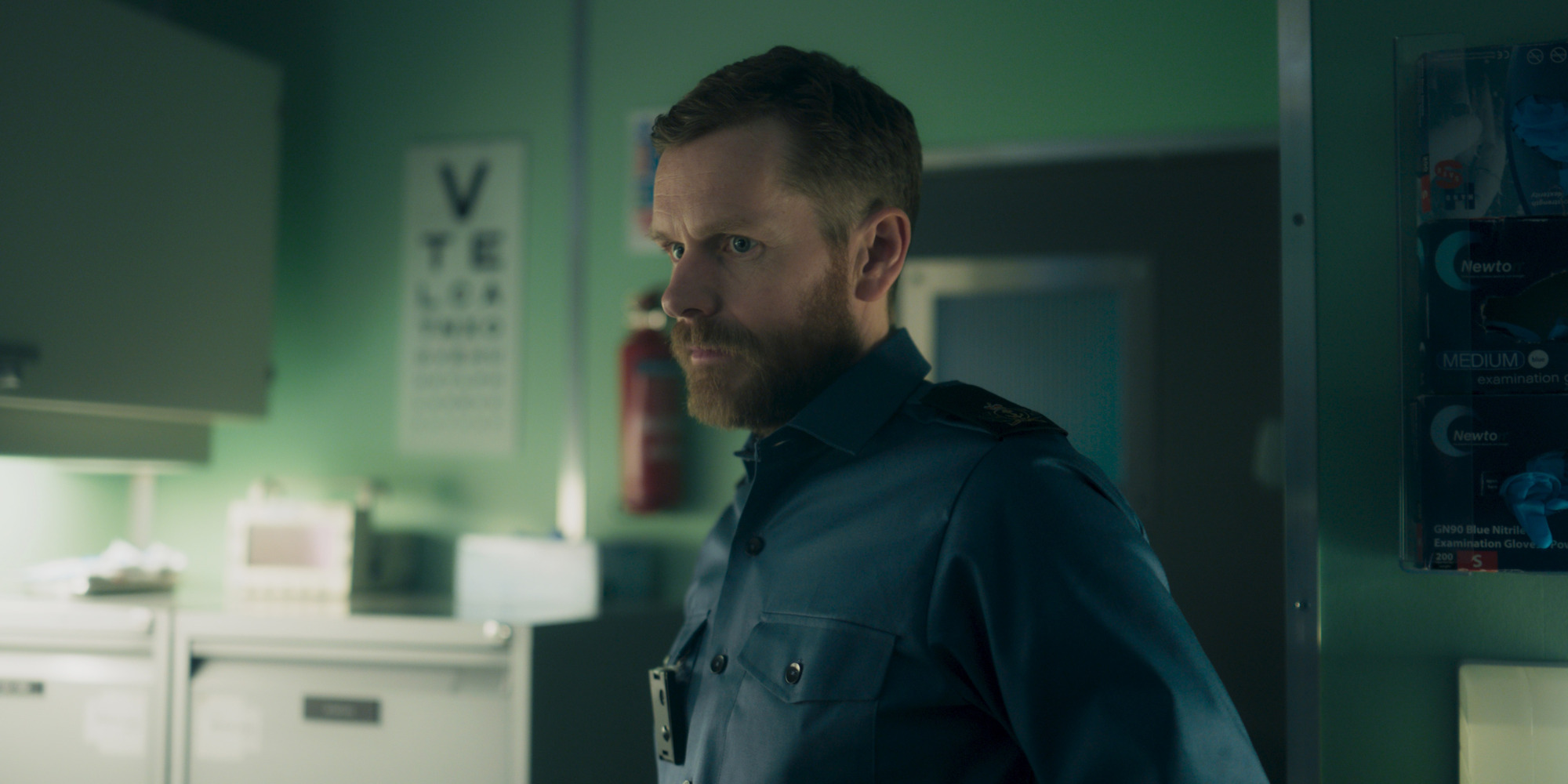 Well, that got complicated fast. After two action-heavy instalments bracketed by exhilarating ‘Brace! Brace! Brace!’ emergencies, episode three switched gears for some old-fashioned gumshoeing that left us with a truckload of information and new characters. If anyone felt like requesting a paracetamol from the medical officer after that one, you’re not alone. Best check it for tampering first though, eh? Wouldn’t want to end up like Burke – in a body bag, being slid in and out of a torpedo tube every two minutes like a human swanee whistle.

Silva was right; Burke was poisoned. And the chief suspect for his murder is currently… Chief Petty Officer Glover, aka the Coxswain with the dragon tattoo. Experienced crime drama viewers knew that Shaun Evans’ character was entirely too inoffensive and omnipresent not to be suss. He’s lurked fuzzily in the background of every scene since the start, proffering cups of tea, kind words and jokes about Ryanair, when all along he’s been up to his neck in this whole conspiracy. Probably.

What, exactly, is the conspiracy? This info-heavy episode filled in a lot of the blanks. HMS Vigil’s bad boy reputation came from a missile servicing visit to Florida 18 months earlier. You know how it is on shore leave. Everybody has a few drinks, things get a bit lairy, you let off some steam… Except in this instance, the steam was let off a malfunctioning nuclear reactor cooling system minutes away from a meltdown to rival Fukushima, and it cooked two men alive. The Navy covered it up by dumping their bodies in the sea, but Burke knew the truth and was preparing to blow the whistle.

That’s one theory. Another is that Glover saw Burke off because he was blackmailing the Coxswain over his affair with the crew’s medical officer. On that thumb drive was an incriminating sexy photo of Doc Docherty that Burke had stolen from the married-with-kids CPO’s phone. That’s right, after all the fuss Glover made about not setting foot in the women’s bunk room, it turns out he’s no stranger to entering illicit places, including Lt. Tiffany Doherty. She was the one who sourced the wee to fake the tests to clear the names of the pisshead crew (that Jack built). But was she pressured into it and if so, by whom?

That’s the question both Silva and her onshore counterpart Longacre were asking this episode. Their investigation is taking place in stereo, once on land and once again at sea. The two detectives are chasing the same information via different leads, and usually reaching a simultaneous shared conclusion thanks to a series of cutesy lovers’ riddles. It’s a plot necessity, of course, and on paper, probably felt like an innovative genre twist. As a viewer though, it feels not unlike having the same radio station playing slightly out of sync in different rooms of the house, which may explain the need for paracetamol.

Episode three introduced us to several new players. With the addition of two MI5 agents and local electioneering politician Patrick Cruden, there are now four major powers in play and at each other’s throats: the Navy, Police Scotland, the British intelligence service, and Holyrood. Five, if you count the Dunloch peace camp. Six, if you count the US Navy, who should probably come first if we’re ranking by firepower. The Russians aren’t involved as far as we know, because that secret shadowing boat turned out to belong to the Americans, but give them time. The US boat’s gone now, but was likely there as a result of the hushed-up scandal at Port Havers.

It’s a lot to keep in mind at once, with the sheer volume of new revelations (the Florida deaths, the Coxswain’s dirty business, Jade being the secret lovechild of the anti-Trident Scottish MP…). Add to that DCI Silva’s personal tragedy, which is causing her to go wibble roughly every fifteen minutes, and Vigil has its plate full. I don’t blame Silva. I’d go wibble too if I’d packed three days’ worth of knickers for what turns out to be a three-week stay. More pressing is her soon-to-be lack of anti-depressants, which doesn’t bode well for anybody hoping her mood would improve.

Though reasonable considering the pressure she’s under (both hydrostatic and otherwise), Silva’s brusqueness is starting to feel a little repetitive to watch. If she had an ally in the boat, perhaps Suranne Jones could show another side to the character apart from the one that marches around making demands and, like a Big Brother contestant, saying that she didn’t come here to make friends. With Glover on the suspect list, there’s now nobody to reveal that different facet – only the misery flashbacks to step-daughter Poppy being torn from her arms. After talking Gary Walsh (Daniel Portman) down from his suicide threat, perhaps there’s kinship to build there?

If the first two episodes made you feel like you were on a ride at Alton Towers, this one was more akin to doing a hard Sudoku, with lots of potential scenarios to keep in mind at once and plenty of notes scribbled around the margins. Who leaked Burke’s death to the press? Who spiked Burke with LSD? Who made Doherty cheat the drug tests? Is Longacre’s nice boss (Gary Lewis) to be trusted? And weren’t they all singing that hymn a wee bit loud for a top secret silent running submarine? Until next week. Dismissed!

Vigil continues next Sunday the 12th of September at 9pm on BBC One.

Squid Game: Best of the Cast’s Shows and Movies to Watch
Nightbooks Ending Explained
Can No Time to Die Break the Final James Bond Movie Curse?
Link Tank: Sung Kang Will Weild a Lightsaber in Obi-Wan Kenobi
Doctor Who: Previous Guest Stars Who’d Be Great as the New Doctor