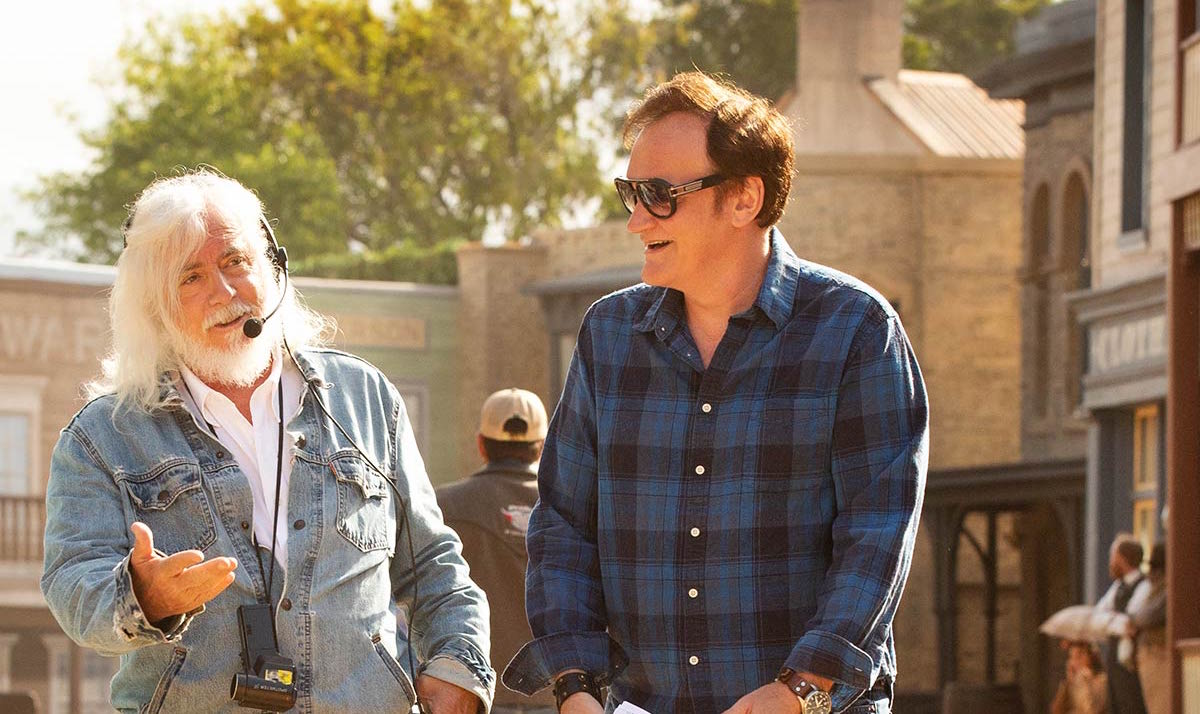 Quentin Tarantino movies very rarely feature happy families. They barely contain any parental presence at all. One of the most memorable scenes in Pulp Fiction is a flashback. The boxer, Butch, played by Bruce Willis, remembers a pivotal moment from his childhood. The day he met a “special visitor,” named Capt. Koons (Christopher Walken), who interrupted the young boy’s cartoons to fulfill a final, personal mission. The captain had been imprisoned in the same POW camp in Hanoi where Butch’s father died.

In one of cinema’s great monologues, and helped pave the way to Pulp Fiction grossing $213 million at the box office after it won the Palme d’Or at Cannes. Yet Tarantino did not buy his father a gold watch. And even if the director gets one when he retires after his next film, he probably won’t give that either to his mother Connie Zastoupil. It’s a promise Tarantino made to himself when he was 12 years old.

During a recent episode of The Moment podcast, Tarantino explained family planning to host Brian Koppelman.

“My mom was bitching at me about [my scholastic non-abilities], and then in the middle of her little tirade, she said, ‘Oh, and by the way, this little writing career,’ with the finger quotes and everything, ‘This little writing career that you’re doing? That shit is over,’” Tarantino said. “I go, ‘Okay lady, when I become a successful writer, you will never see one penny from my success. There will be no house for you. There’s no vacation for you, no Elvis Cadillac for mommy. You get nothing. Because you said that.’”

Tarantino did cop to helping his mother when she got into “a jam with the IRS,” but that was a one-time proposition. The director is now a first-time father himself. He and his wife, Israeli singer Daniella Pick, are parents to 18-month-old Leo, who will reap the dual benefits of Tarantino’s retirement and childrearing wisdom.

Tarantino didn’t learn any lessons at all from his father. In a recent interview with Marc Maron on his WTF podcast, Quentin said he rather liked his stepfather Curtis Zastoupil. But he doesn’t say the same about his biological father, who abandoned the family when Quentin was young.

“He had 30 fucking years to find me and he never did,” Tarantino told Marin. “But then when I became famous, he crawled out of the woodwork. It was fucking horrible. It was a drag. He tried to reach out to me. I wasn’t interested.”

Quentin is still peeved over a 1995 story his father gave to journalist Jami Bernard, author of Quentin Tarantino: The Man and His Movies.

“She does this whole interview with him, who I’ve never met. And they print it in Premiere magazine,” Tarantino recalled. “It was so fucked up. You can’t even say that he was a bad dad and that, maybe, reflected on Quentin’s life. No. He was not there. It was pretty tasteless.”

The Once Upon a Time in Hollywood writer-director might have found his own Hollywood ending if his estranged father hadn’t jumped the gun. “Had he been cool and didn’t try to horn in and actually had some class, I might even have looked him up,” Tarantino told Marin.

Quentin also hinted at how he might have made himself harder to track down. He says he only chose to keep the last name Tarantino because it sounded cool. “It had nothing to do with the family. If I had to do it all over again, I wouldn’t use the name Tarantino,” he said. “If I had it to do all over again, I would use my middle name as my last name. I would be Quentin Jerome.”

Speculation is rife on what Tarantino’s final film will be. He doesn’t have a family film in his arsenal of genre explorations. He has listed The Bad News Bears as one of his favorite films. Perhaps he will pull a remake out of the deepest part of him for his son to watch.

How Back 4 Blood Modernizes Left 4 Dead for a New Generation
Doctor Who Series 13 Cast: Meet the Guest Stars in the First Full Flux Trailer
Is The Batman Adapting Hush?
The Velvet Underground and Frank Zappa Was the Original East Coast/West Coast Musical Feud
Horror Movies That Should Get the Halloween Reboot Treatment