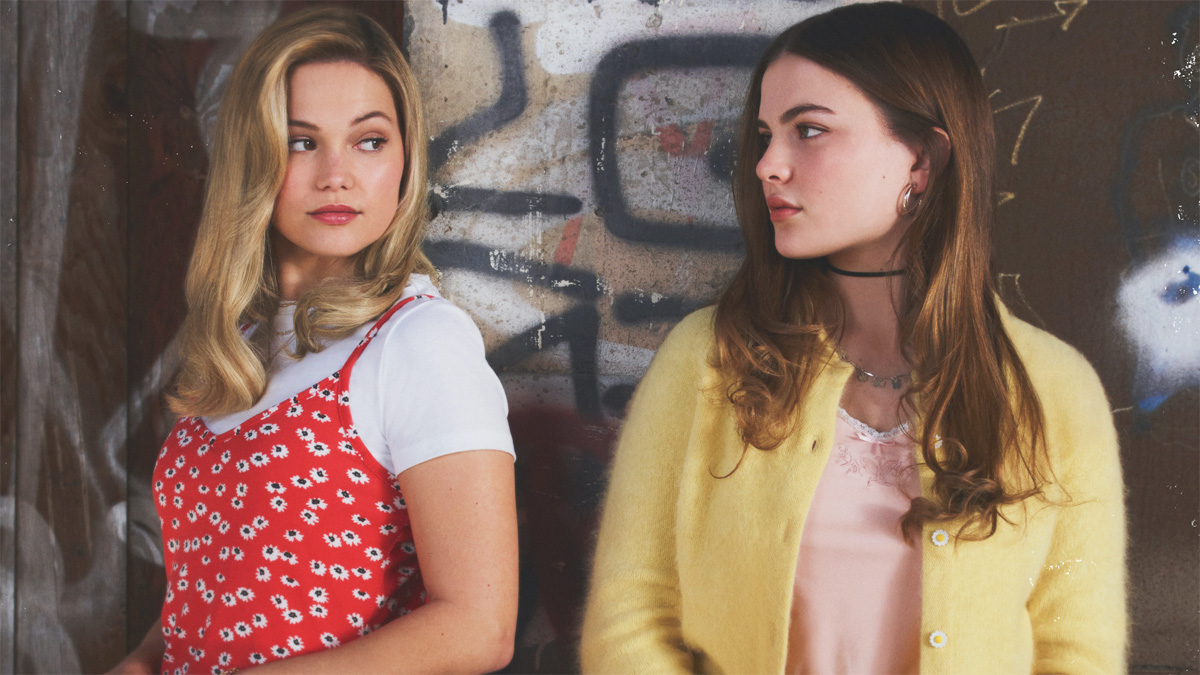 Buzzy teen drama Cruel Summer is one of 2021’s most unexpected delights, a wildly addictive, twisty mystery spread across three distinct timelines and featuring a pair of great young actresses at its center in Olivia Holt and Chiara Aurelia.

The story, which ostensibly follows the aftermath of a kidnapping in a small Texas town, has a little bit of everything: Unreliable narrators, a nostalgia-heavy 1990s setting, a banging soundtrack, and one of television’s most carefully nuanced depictions of trauma and the lingering effect it can have on those whose lives it touches. In just ten episodes, Cruel Summer manages to brilliantly balance plot and character drama, exploring complex emotional truths without ever resorting to outlandish gotcha twists.

The story of Cruel Summer revolves around Jeanette Turner and Kate Wallis, two girls who couldn’t seem more different from one another on the surface. Jeanette’s a dorky nerd who longs to be popular, while Kate’s the school queen bee who’s actually much kinder than everyone around her assumes. But when  Kate mysteriously disappears, Jeanette undergoes a complete social transformation and eagerly steps into a (presumed) dead girl’s shoes, changing her hair, adopting her friends, dating her boyfriend, and throwing herself into the life of the popular kid she always dreamed of being. But when Kate is found a year later, the victim of a horrible kidnapping, she accuses Jeanette of ignoring an opportunity to save her in the name of hanging on to her new, stolen life.

What follows is a complicated tale of secrets and half-truths that sees each girl lie, betray, and suffer at the hands of the other. That the finale manages to tie up the bulk of the season’s plot threads is pretty remarkable, that it all ends up making sense, even more so. Before the final credits roll, we find out how Kate managed to escape Martin Harris’s clutches, who really did see her that night, and the timeline of Jeanette’s ill-fated Christmas break-in. And the hour ends with both Kate and Jeanette essentially starting new phases of their lives, one as America’s long-suffering new heroine, and the other in a healthy relationship for what may be the first time in her life.

Even its shocking Season 1 finale stinger – in which Jeanette, who spent the entire season denying that she’d seen Kate being held prisoner at the home of the assistant vice principal, was revealed to have been aware of her captivity the entire time – was firmly grounded in seeds planted throughout the season that became even more obvious upon reflection. (See also: Jeanette’s obsession with Kate, her smiles at inappropriate moments, her creepy ability to mimic the other girl.)

But after a first season that essentially wrapped up most of the show’s primary plotlines, the news that Cruel Summer would return for a second came with no small number of mixed emotions attached. After all, the series’ first outing was so strong and so satisfying, it almost feels as though there’s nowhere left for the show to go but down. Can a second season maintain the first’s high level of quality? What story is even left to tell?

Will There Be a Cruel Summer Season 2?

Though it may be obvious that Cruel Summer was initially conceptualized as a limited series, it’s equally clear why the folks in charge want to change that. This little drama has been one of the buzziest series of the summer, breaking ratings and streaming records for the cable network Freeform and spawning everything from personality quizzes and Spotify playlists to complicated and occasionally extremely weird fan theories (that Kate gave birth to a baby in captivity, that Joy somehow paid Martin to kidnap her daughter).

Of course, Cruel Summer got a Season 2. But though we know the show will return, there’s little clarity at this moment about what that might actually mean.

As mentioned previously, there aren’t a ton of questions left that Cruel Summer still needs to answer. At least not when it comes to the world of Skylin, Texas. We know about Martin and Kate’s relationship, we’ve seen how Kate escaped her basement prison, and the truth has come out about exactly what Jeanette saw and heard at the Harris house. And, at the end of the day, that story just feels as though it’s finished. Allow Kate to have some peace at last, and let Jeanette stay a stomach-twisting cautionary tale.

Sure, there’s the small matter of the fact that the audience knows Jeanette was actually guilty – if not precisely in the way Kate originally thought. And if Cruel Summer Season 2 continues the story of Season 1, that’s certainly the biggest issue left for the show to deal with. But what would true justice for Kate look like? Outing Jeanette as the monster she so clearly is? Tearing down her new public persona as a big-hearted victim? Simply learning the truth?

There are slightly happier threads we could follow in Season 2 as well, from Kate and Mallory’s blossoming romance, to what exactly happened to Jeanette’s mom Cindy after she essentially abandoned her family (and turned out to be right about her daughter in the end). Is that enough to build an entire season around, though? We may well find out.

Will Cruel Summer Season 2 Focus on a Different Main Character?

But Cruel Summer Season 2 could also follow a slightly different, if still somewhat connected, path. Another crime could take place in Skylin – though the odds of two similarly shocking events occurring in such a small town might stretch viewers’ abilities to suspend their disbelief. It’s more likely that the show would simply shift its focus somewhat and follow a story about a character who was only tangentially connected to the Kate and Jeanette saga.

Sweet nerd Vincent – former BFF of both Jeanette and Mallory – seems an obvious pick, as his on-again-off-again relationship with football star Ben is the sort of story that might rock a small Texas town in ways that don’t necessarily involve national media coverage. (And, let’s not forget, Vince was pretty aware of exactly the sort of person Jeanette was, which could somehow tie his story back to the first season’s primary plot.)

Could Cruel Summer Season 2 Kick Off an Anthology Series?

But since Cruel Summer Season 1 wrapped up so neatly, there’s every chance that the show could look very different when it returns. As an anthology series, the show could keep its trademark split timeline format while following a mystery involving an entirely new set of characters in a new location. (And possibly in a new time period, though I would be personally loath to lose the series’ fantastic 1990s soundtrack.)

Shows like American Horror Story and Fargo have already proven this sort of format is sustainable long term and it would allow us to leave the characters of Skylin in a state of relative peace. And as much as fans would miss the powerhouse performances of Holt and Aurelia, it would also allow the series to introduce a new pair of talented leads at its center. (While, naturally, leaving the door open for the original stars to return if the story required it.)

The Walking Dead Season 11 Episode 8 Review: For Blood
The Batman May Be Even Darker Than the Trailer Suggests
The Velvet Underground and Frank Zappa Was the Original East Coast/West Coast Musical Feud
Is The Batman Adapting Hush?
The Best Scary Movies on Horror Channel for October