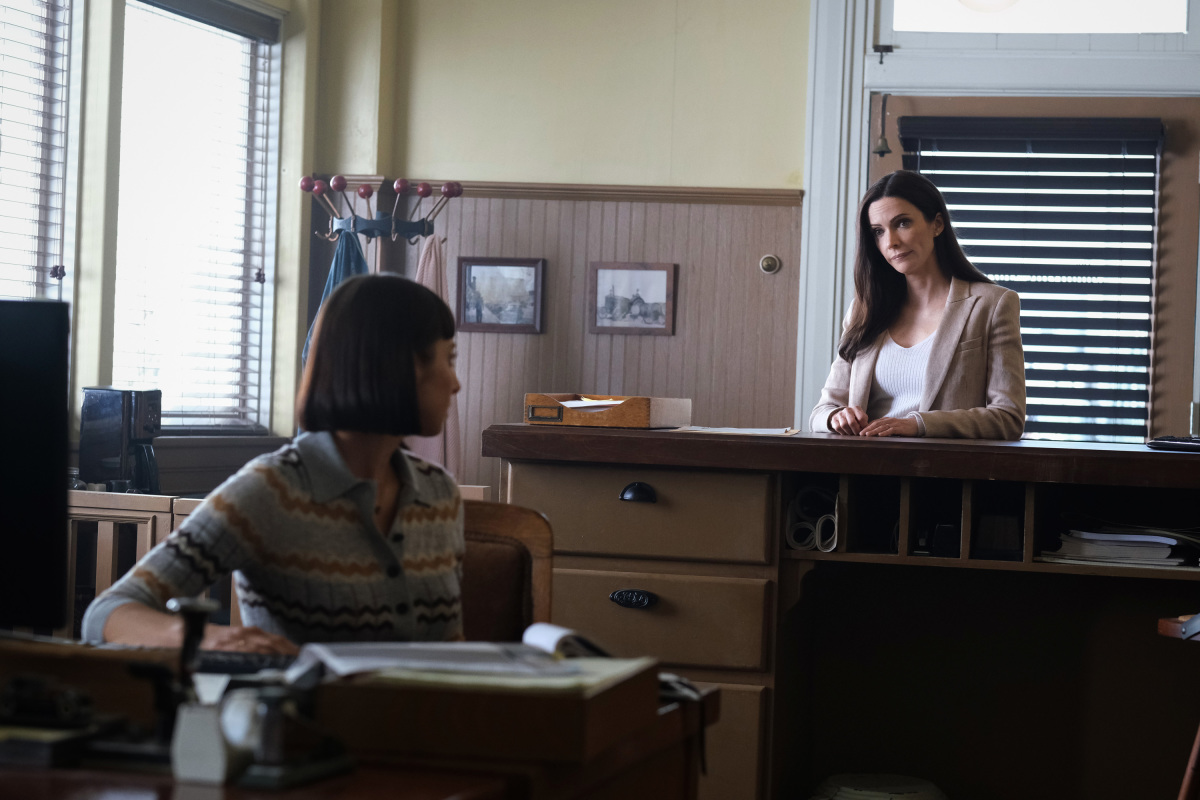 Superman & Lois has done so many things right in its first season, deftly paying homage to the classic origins of the Man of Steel even as it explores an entirely new corner of the Superman mythos, introducing intriguing comics heroes like John Henry Irons, and reinventing the story of the final days of Krypton in ways that give Clark Kent a new connection to the home he left behind.

Thankfully, Lois Lane has been given just as much emotional and narrative weight in this series’ story as her superpowered husband – juggling stories that encompass her roles as a mother, a wife, and a daughter. But despite the fact that she’s essentially the most famous journalist in the world, we haven’t actually gotten to see Lois do a ton of reporting, and her job at the local Smallville Gazette has thus far served as little more than the means that allows her to investigate Morgan Edge.

And though the latest episode, “Fail Safe,” doesn’t show really show us our favorite star reporter in action, so to speak, it does illustrate how difficult balancing her family’s secrets and her desire to serve the truth is becoming. The hour forces her to face something of an ethical crisis, asking where she’s willing to draw the line when it comes to protecting her family and telling the truth.

Lois, of course, knows exactly what happened to all the Smallville residents who had Kryptonian consciousnesses stuffed into their bodies and precisely how Morgan Edge was responsible for it. But that’s not exactly a story she can put in the paper, not without potentially exposing multiple members of her family to very real danger.

The fact that Lois decides to be less than truthful is as understandable as it is shocking. I mean, this is Lois Lane – she’s basically the embodiment of the truth part of the whole truth, justice, and the American way thing. But when faced with uncomfortable questions about Edge and what, precisely, the Department of Defense was doing in Smallville, Lois balks, choosing to lie (poorly) about what she knows.

As a result, we not only get to see Lois genuinely struggle with what (if anything) to reveal in the press about what happened, we also see her get called on the carpet by a most unexpected person.

Smallville Gazette editor Chrissy Beppo has spent most of Superman & Lois’ first season gazing at her star reporter with heart eyes: Lois is her idol, after all, and she’s beyond thrilled that they get the chance to work together. It’s why Lois’s choice to lie stings so much.

In “Fail Safe,” Chrissy stands up to Lois for the first time, confronting her co-worker (but more importantly, her friend) about the fact that she’s not only lying, but she’s also going against the very thing she always purported to believe in most: The truth.

“​​I think [that] was a very scary thing for Chrissy,” actress Sofia Hasmik tells Den of Geek. “[But] I think it’s something that needed to be done.”

“Because a lot of what she does admire in Lois is this very unrelenting, very steadfast approach to journalism. Not only does she admire her as a person, [but she also] admires her integrity as a journalist.”

In Hasmik’s view, Chrissy calling out Lois’s problematic behavior is a sign of just how much she respects and cares about her.

“You learn from your idols, you know,” Hasmik says. “And you hope to not only do yourself justice but to do them justice [too]. This is what I learned from you, and this is why I’m holding my ground on this.

By standing up to Lois and standing up for the truth of the story – what a perfect way to pay homage to her idol in a weird way.”

Much of the tension at the heart of Superman & Lois revolves around trying to keep potentially life-altering secrets in a small town that’s very existence is built on the idea of trust and community. No matter what you do in a place like Smallville, your actions will inevitably impact those around you in ways both good and ill – whether you’re a superhero, a local mom, or an intrepid journalist trying to track down a story.

Edge didn’t just brainwash a dozen innocent people and force them to do his bidding, he did so by preying on the very connections that make Smallville special. Lana, for example, was such a great choice to convince others to join his company precisely because she was so trusted by her neighbors and friends. It’s why she’s being (pretty unfairly) punished so viciously now.

So while Lois’s decision to cover for her father and the DoD certainly makes sense – it’s not like they can tell the town residents about the whole Edge actually being Superman’s half-brother trying to build a Kryptonian army thing – it’s also easy to understand why Chrissy would see it as such a personal betrayal. Who’s going to look out for Smallville if not the people that live there?

“I think [for] Lois, this particular moment with Chrissy especially, could be a reminder of what she [once] stood for. And you also see in the episode that Lois has her moments as well. She doesn’t feel good about the situation either. And it is a very in-your-face reminder of why she got into journalism.. I’m just really happy that Chrissy got to play a part in that.”

Ultimately, Lois’ realization that she’s too close to the story to report on it objectively feels like a defining moment for her – that perhaps despite her best intentions both at home and in the office, there are times where she won’t be able to balance everything and difficult choices will have to be made.

“Her entire career  [has been] coming to this sort of ethics build-up of her personal life with Clark and Superman and her father. Where do you draw the line? what stays private?” Hasmik says.

Though Superman & Lois is a superhero show, it’s also a story about the heroes present in everyday life, whether that means a community that comes together to lift up someone in need or one single woman who’s determined not to keep local journalism alive in her town, even if she has to do itall  on her own.

“I admire so much that Superman & Lois – it [says] that we all have the ability within us to choose right from wrong. And instead of succumbing to pressures or outside influences, it’s [about] really standing up for what is right,” Hasmik says. “It’s this idea of families, this idea of community, it’s what’s for the greater good and how everyone’s actions [can] influence that. I’m just so proud of the show for having those messages wrapped in every single episode.”

As for Chrissy and Lois, though the pair’s friendship is currently at a rocky place, Hasmik is looking forward to seeing their relationship develop even further as the series progresses.

“I’m obsessed with the Chrissy and Lois relationship,” she says. They’re such a duo together and I think the relationship has developed so much since we first met Chrissy and since she first met Lois. She’s been holding the Gazette down [on her own] for so long. [So] I love the fact that Lois is with her now and I can’t wait to see the development of where that goes.”