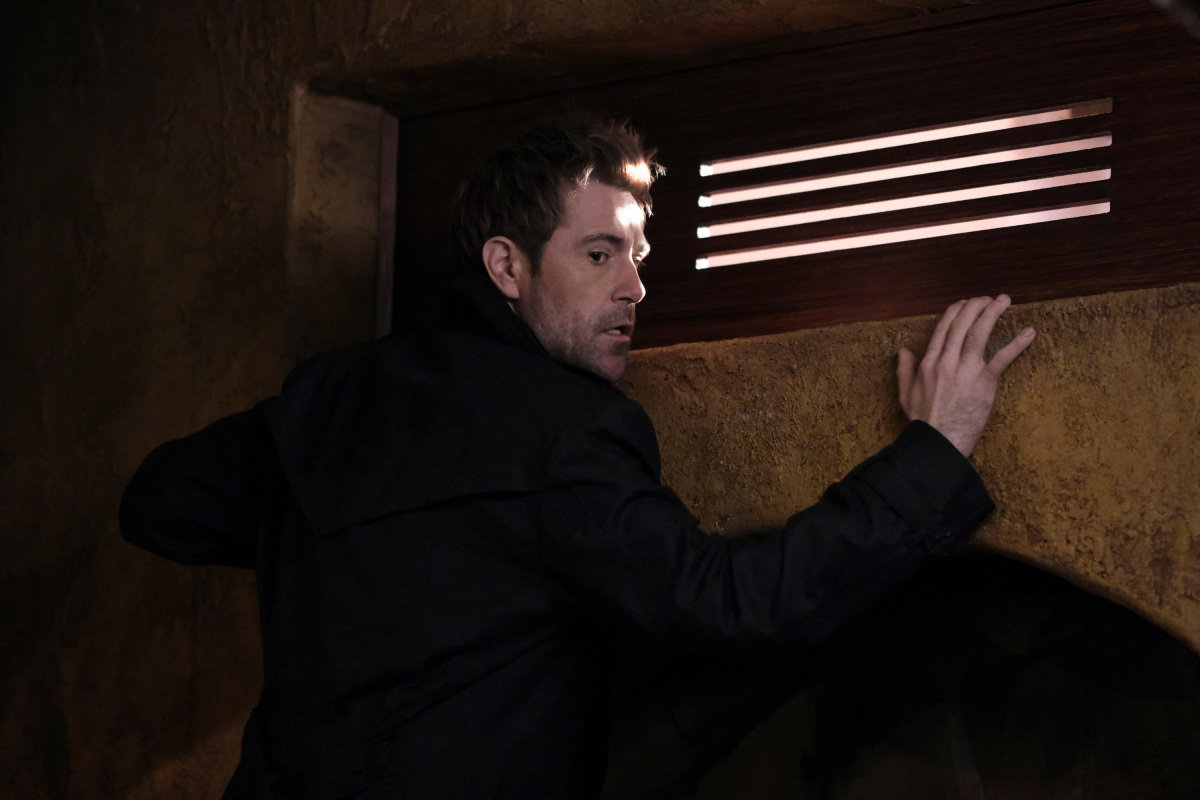 Matt Ryan’s John Constantine is tremendous. He’s the definitive translation of a previously untranslatable character – an enormous feat of storytelling and acting craft, considering DC has been trying (with wildly varying degrees of success) to translate Constantine out of his Vertigo roots and into the mainstream DCU for the better part of a decade now. The fact that Ryan can take this character and make him likable and entertaining and also be a fairly faithful translation of the core of John Constantine on network television is a huge success.

But something about Constantine isn’t quite working on Legends of Tomorrow right now.

“Bad Blood,” the 10th episode of Legends of Tomorrow season 6, is a perfectly adequate episode of a stellar series in the midst of one of its best seasons. It spotlights a plot that has been set aside for the past few weeks – Constantine trying to get his magic back by any means necessary. He scores a map to the Fountain of Imperium (and some magic cocaine – cocaine for magic, not cocaine that’ll like, grow a giant beanstalk out of your nose) from a very shady vampire lady. Then he borrows Spooner and heads back to 1939 Spain, the end of the Spanish Civil War where the map leads them.

Spooner helps him find El Gato, this cat (AAH?) who has reportedly survived multiple shootings and a crucifixion, and after a shootout in a bar full of Nazis, the boy they discover with the powers of the fountain takes them to where he gained his abilities. Once there, Spooner tries to help Constantine transfer the power from the kid, but it doesn’t work, so John takes a bump of magic and obliterates their Nazi pursuers in a burst of pure psychedelic energy that feels like it could have come from a Doors music video.

All of this is perfectly serviceable as a Constantine story. In fact, heavy handed substance use disorder metaphor aside (and good lord was it heavy handed), it was a quintessential Constantine story. John is an unrepentant dick through the entire episode, from the opening where he cons his vampire dealer into a summoning circle to steal what he wants from her, all the way to the end where he’s straight up lying about getting the kid’s magic.

The problem is I’m not sure that there are a ton of good Constantine stories left that are also compatible with Legends of Tomorrow. John has always been an odd fit for this show, even on a team of misfits like the ones on the Waverider, and a combination of clever writing and Ryan’s perfect performance has helped the show thread the needle with Constantine for years now. But “Bad Blood” might just be an indicator that they’ve gone as close to the line as they can with the character.

This week’s B plot is Mick and Lita processing Mick’s pregnancy. Gus from last week is loose and pubescent, but that’s mostly background set dressing for Lita to do a deep dive on Mick’s emotional wellbeing. His brain is literally stuffed with tentacle babies, a remnant of his fling with Kayla, and Mick is avoiding medical care for his new embryos because he feels like he deserves to have a difficult birth for leaving Kayla behind to be eaten by lizard people. The rest of the team spends the episode fighting off teen Gus and occasionally popping into Mick and Lita’s conversation to remind Mick of how important he is to them.

Legends of Tomorrow is a workplace comedy about people who really care for each other, that also happens to be about superheroes. Constantine is a liar, a dirtbag, a cheat who ends up in the right place often reluctantly. The show has done an admirable job integrating John into the whole vibe of the rest, but it’s accomplished that in no small part by softening Constantine’s harder edges. So when they go hard-Constantine, the end result is jarring and walks a very delicate line that it sometimes topples over. Here, it didn’t quite work. Hopefully they’ll find a way to make it work. If anyone can, it’s this crew of creators.