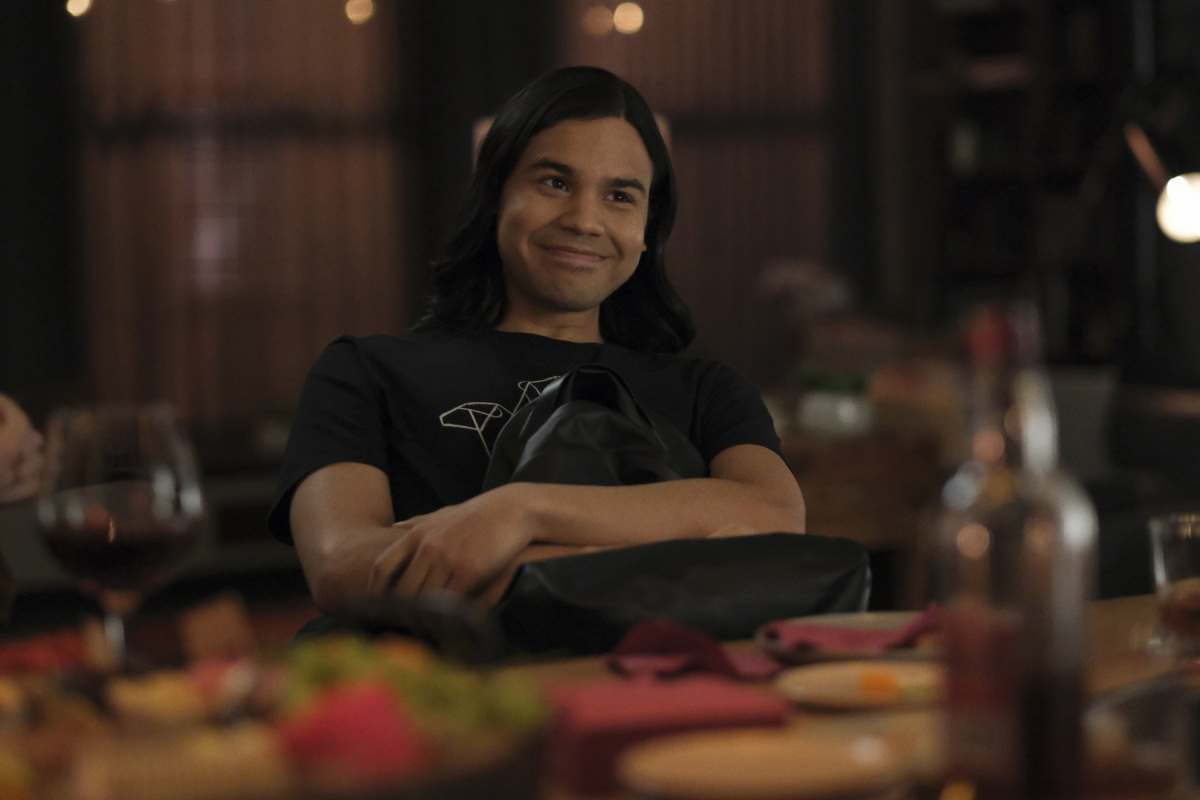 The following contains THE FLASH spoilers through Season 7, Episode 12.

It’s the end of an era on The Flash. Season 7’s “Good-Bye Vibrations” marks the last episode for original cast member Carlos Valdes, a long-rumored departure that finally comes to pass and will irrevocably alter the core team around which the show was initially built.

It’s hard to know precisely how to feel about Cisco’s departure from Central City. After all, it seems that Valdes is more than open to returning for the occasional guest appearance, and it’s not like the show has given Cisco much to do in the past several seasons. He spent most of Season 6 on what felt like endless offscreen trips to Atlantis, and his (largely sweet but deadly dull) relationship with Kamilla has been his only notable character arc to speak of in recent years.

The Flash never even really dealt with Cisco’s decision to become Vibe again – albeit this time with technologically boosted rather than metahuman abilities. And don’t get me started on how long it’s been since we had a real story about the trio who originally joined forces at STAR Labs. It’s part of the reason Barry, Cisco, and Caitlin’s initial decision to go after the new Rainbow Raider together feels so awkward. Unfortunately, The Flash hasn’t spent much time maintaining their friendship in recent years – I’m not sure that I even remember the last time the three of them really hung out together outside of fighting bad guys.

So, if anything, the idea of “Good-Bye Vibrations” feels almost like a relief. Cisco’s had one foot out the door for so long that having him finally make the definite choice to leave feels like a strange sort of growth. And, thankfully, the episode turns out to be the emotional farewell he deserves, an hour that feels more like a Season 1 installment than anything we’ve had on The Flash in years –  full of teamwork, silly banter, a fairly ridiculous villain and, most importantly, the heart that’s been absent for most of the past year.

It’s the best hour of the season by a mile, and if anyone on this show deserves that as a send-off, it’s Cisco Ramon.

Does it make sense that Cisco and Kamilla decide to tell everyone they were leaving town like 24 hours before they were set to depart? Nope. (Good job giving your two weeks at the Citizen, girl!) Was the forced awkwardness where everyone at STAR Labs tried to put on a brave face about the news and Cisco’s feelings were hurt by it necessary? Obviously not – the idea that Barry and Caitlin somehow wouldn’t be deeply affected by Cisco leaving is so ridiculous it’s insulting.

Does it matter, in the end? Not really.

“Good-Bye Vibrations” is a heartfelt reminder of many of the reasons we started watching this show in the first place. There’s the effortless, easy sci-fi adventure, the low but meaningful stakes, the dumb jokes. Barry breakdancing with Cisco and Chester after speed watching YouTube tutorials. The original Team Flash trio (badly) doing karaoke together at the end. Truly, the friendship and love that suffused almost every scene the group shared was lovely. (And, yes, reader, I cried.)

Even the episode’s villain is Rainbow Raider reimagined as a community-oriented Robin Hood, trying to fight back against a broken system that fails to help those who need it most. Her behavior isn’t about acquiring power or committing violence, but getting assistance directly to those who are struggling to put food on their tables. And when her admittedly poorly thought-out plan to drop buckets of cash and diamonds on hyped up sports fans using a blimp goes south, she’s as desperate as Team Flash is to find a way to limit the damage.

Just typing that description makes me smile, as insane as the plot sounds when you try to explain it to anyone who doesn’t watch this show.

And that’s because “Good-Bye Vibrations” remembers that the secret sauce of The Flash was always that this was the superhero show that was fun. It was originally introduced as the lighter cousin of Arrow (both literally and figuratively speaking) and this episode takes us right back to those first principles. The world isn’t ending. No one is rewriting reality. We aren’t awkwardly slogging through heavy metaphors about parenthood or personal failure. No one’s going to prison or time traveling or getting trapped in a mirror dimension or being forced to house an unasked-for nature god in their bodies.

This is The Flash I first fell in love with, and it feels so darn good to have it back again, even though it’s in service of such a sad occasion. Sure, Cisco has to risk his life piloting the aforementioned Cash Blimp, but that’s ultimately more about giving him one last Big Damn Hero moment before he leaves the show forever than anyone being in any real danger.

Though, at least on some level, it looks like STAR Labs is being left in good hands. The bromance that developed between Cisco and new team member Chester may have happened quickly, but feels no less genuine because of that fact. (I guess getting forced to wear 1990s fashions together will do that to you.)

Fans have been speculating that Chester was meant as a sort of Cisco replacement ever since Brandon McKnight joined the show, but “Good-Bye Vibrations” still manages to make the shift feel like a meaningful and even deserved passing of the torch, right down to Cisco’s request that Chester keep the friends he was leaving behind safe. It’s heartfelt and lovely, in precisely the way this show does best.

What a The Flash that’s truly without Cisco will look like is unclear. There’s a difference after all between a character being truly written off the canvas and simply being absent from it, and we haven’t really experienced that with this series yet. (The years’ long parade of Wells-es having somewhat blunted Tom Cavanagh’s departure earlier this year.) It’ll feel strange, to be sure. And the central dynamic of the show will have to shift into something different around the hole that he’s left behind.

But “Good-Bye Vibrations” is right about this: There would be no The Flash without Cisco Ramon. And that is no small thing.