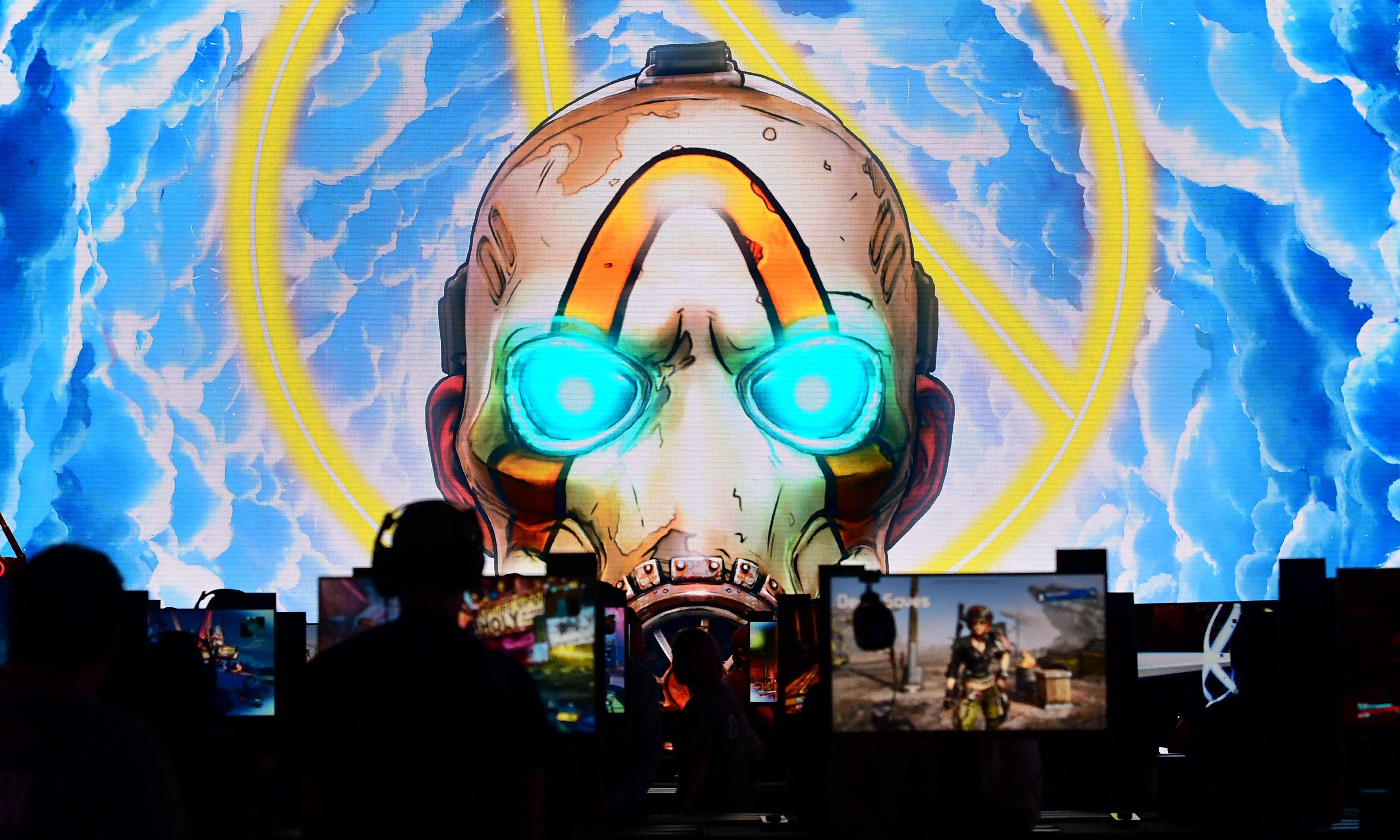 E3 is the most exciting time of the year for the gaming industry. It’s when all of our favorite publishers and studios get together to show us what the future holds for interactive entertainment. By the end of E3 2021, we’ll know what’s next for the Xbox Series, PlayStation 5, Nintendo Switch, and PC gaming. You can check out a complete schedule of E3 2021 conferences here.

Not all of the show’s massive reveals are reserved for the trade show, though. After all, E3 season is also a team for major leaks. Indeed, it only takes one Reddit poster, one dataminer, one accidental posting on an official website (or the PlayStation Store) to spoil a big surprise.

Despite the fact that E3 2021 is an all-virtual event, meaning less opportunities for sneaky leakers to snap pictures from the expo show floor, this year is no different. Here are the biggest leaks and confirmed rumors you need to know about going into E3 2021:

The long-rumored Nintendo Switch Pro has been the subject of speculation for most of the hybrid console’s existence. So, what is it? Allegedly, the new Nintendo hardware will be an upgraded version of the Switch that’s rumored to feature a few improvements, such as a 7-inch 720p OLED screen as well as 4K capabilities. In essence, this hardware upgrade would be to the Switch what the PS4 Pro and Xbox One X were to Nintendo’s main console competitors.

Unfortunately, despite the incessant rumors and “leaks” on forums, we don’t really know whether this console will actually make an appearance at E3, as Nintendo hasn’t said anything official about the Switch Pro in the lead up to its press conference. But Bloomberg confirmed in May that the upgraded console does indeed exist and that the Big N could be preparing to launch the Switch Pro as soon as September. If Nintendo sticks to that timeline, E3 2021 would be the perfect venue at which to unveil the future of its Switch platform.

The outlet suggested that Nintendo could even announce the Switch Pro ahead of E3 to “allow publishers to showcase their full range of Switch games at the global event.” If that’s still the plan, the clock’s ticking for the publisher.

The Nintendo Switch Pro will reportedly sell at a higher retail price than the $299 standard model released four years ago. According to the outlet, the standard model will be phased out, while $199 Switch Lite will continue as the budget option. The Switch Pro could start shipping as soon as July, although it’s unlikely Nintendo will be able to meet demand at launch.

Battlefield fans have been clamoring for the next installment in EA’s shooter series for quite some time. Indeed, it’s been three years since the release of the last game, Battlefield V, but fortunately the wait it almost over. EA has already announced a reveal event for the game during E3 Week. Fans will learn the title of the game as well as get a first look at the gameplay and maybe even get release date.

But some of that information has already leaked ahead of the special broadcast. PC Gamer cites leaks on Reddit in its report that Battlefield 6 will take place in a near-future setting and be titled Battlefield 2042, describing the new installment as a “middle ground between the series debut set in 1942 and the mech-filled warzones of 2142.” According to the leak, the game will feature the “biggest maps in Battlefield history,” broken up into “Sectors” about the size of a Battlefield 3 map.

Best of all, EA will reportedly announce the Battlefield 2042 beta for later this month, per the outlet.

While RPG fans already expected to see Final Fantasy at E3 2021, they were surprised to hear that it wouldn’t be in the form of Square Enix’s upcoming Final Fantasy XVI. Instead, the Japanese publisher is reportedly set to announce Final Fantasy Origin, a new action RPG title from Team Ninja, the studio behind the excellent Nioh games.

The leak comes from Fanbyte, citing sources close to the project, which is described as a Dark Souls-like Action RPG set in the timeline of the original Final Fantasy for NES. The game is reportedly a timed PS5 exclusive, with a PC port also planned in the future. An alpha demo, called “Stranger in Paradise,” is said to be arriving sometime this summer.

2K Games faced a huge leak ahead of E3 2021, a slew of its biggest announcements uncovered on a Reddit thread and picked up by Video Games Chronicle. The massive leak was later corroborated by reliable games journalist Jason Schreier.

So what does the leak reveal about 2K’s potential E3 plans? Quite a bit. Let’s start with the big one: an XCOM-style turn-based tactics Marvel game from Fireaxis. Indeed, after licensing its superhero properties to PlayStation Studios, Nintendo, and Square Enix, Marvel Games is now working with 2K. Unfortunately, that’s all we really know about his new superhero title.

The good news is that we’ll likely learn much more about this unannounced game during the Take-Two Interactive conference at E3 2021.

Guardians of the Galaxy from Eidos Montreal

2K isn’t the only publisher set to announce a new Marvel game, though. The long-gestating Guardians of the Galaxy game from Deus Ex: Human Revolution and Shadow of the Tomb Raider studio Eidos Montreal will finally get an unveiling during the Square Enix conference, according to Schreier. The journalist previously reported on Guardians‘ secret development at Eidos, a project that meant putting the Deus Ex series on hiatus indefinitely.

That’s about all we know about the Guardians of the Galaxy game at the moment, though. Even what genre the title is in remains a mystery, although we’re going to assume it’s not another loot shooter like Marvel’s Avengers, which Eidos also worked on for Square Enix.

Expect this to be the big ticket item during the Square conference!

The 2K leak spoiled another big E3 reveal for the publisher: a new Borderlands spin-off game starring Tiny Tina. The game is being developed by Gearbox and could release before April 2022, according to VGC.

Tiny Tina’s Wonderland, as it’s reportedly called, could be an announcement for either the Take-Two conference or the Gearbox presentation ahead of it. Keep an eye out!

Old-school Star Wars gamers have begged for another installment in the Knights of the Old Republic series for almost two decades at this point. It’s for good reason: this duology of RPGs set thousands of years before the film saga is one of the best things to ever come out of the galaxy far, far away.

The bad news is that cries for a third installment have fallen on deaf ears. But that doesn’t mean there isn’t something new coming for Knights of the Old Republic fans. Schreier confirmed in April that a remake of the original 2003 game is in the works, but not at BioWare or Obsidian Entertainment.

“This is public at this point, I’ve basically confirmed that Aspyr, which is the company that has ported a bunch of KOTOR games, is working on [the remake],” Schreier told The MinnMax Show podcast (via IGN).

Aspyr, which has long been the studio behind several modern Star Wars ports from the LucasArts era, hasn’t said anything officially on the matter, but Knights of the Old Republic Remake is definitely the type of nostalgic showstopper just waiting for its big moment on the E3 stage. It’s hard to say when exactly we’ll see the game, though.

Ars Technica has confirmed some of the rumors: Valve is developing a “Switch-like portable PC designed to run a large number of games on the Steam PC platform via Linux” that could hit the market as soon as this holiday season. The handheld is reportedly called the SteamPal and will feature traditional game pad controls and a touchscreen.

While the outlet couldn’t pinpoint the exact specs of Valve’s “all-in-one PC” device, Ars Technica speculated that the SteamPal will likely run on an Intel or AMD chip. A prototype of the handheld is reportedly much wider than the Switch, with enough space for “a standard array of gamepad buttons and triggers, along with a pair of joysticks and at least one thumb-sized touchpad (in addition to the device’s touch-sensitive screen).” Players will allegedly be able to “dock” the SteamPal to larger monitors with a USB-C cable.

The big question is whether Valve will use the PC Gaming Show, or one of the myriad other E3 showcases, to unveil its new hardware. Knowing this particular publisher, it may just wait to reveal the SteamPal on its own terms at a later date.

Netflix’s Lupin: The Evolution of Lupin vs. Ganimard
Star Trek: Prodigy Crew and Characters Have Deep Connections to Trek History
How Does Avatar: Frontiers of Pandora Fit Into the Movie Timeline?
Marvel’s Loki: Making Sense of the MCU’s Time Travel Rules
E3 2021 News: Announcements, Trailers, and Reveals You Need to See