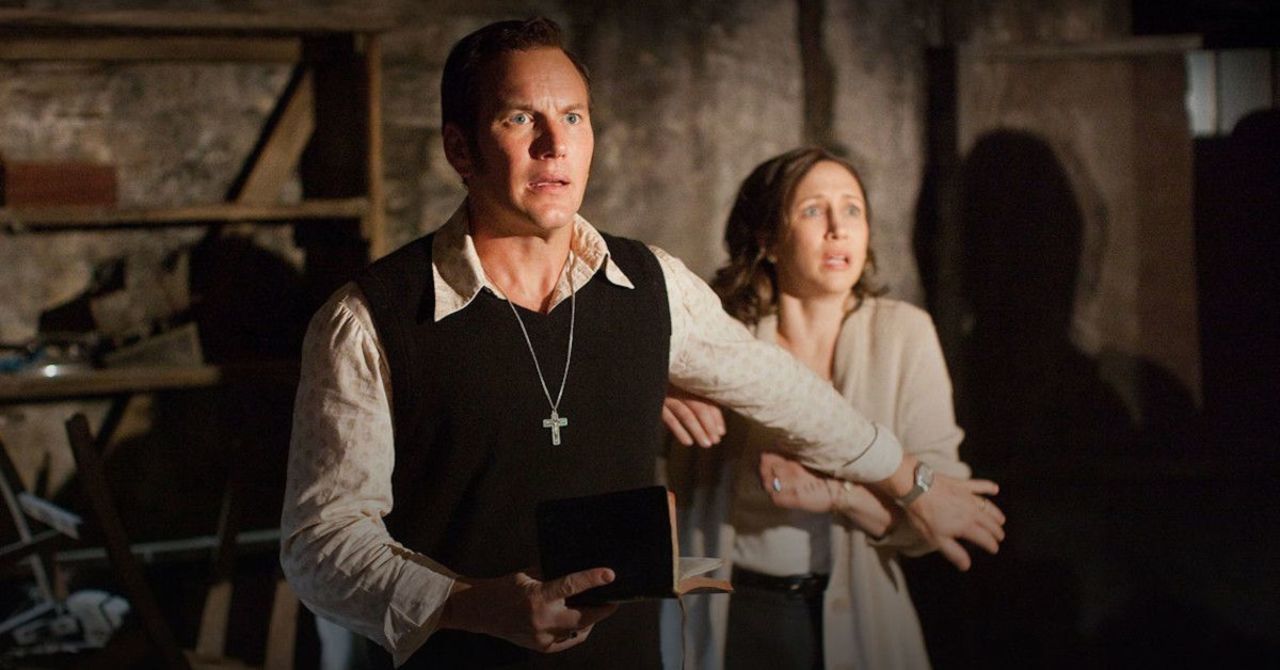 As with the previous Conjuring movies, The Conjuring: The Devil Made Me Do It is based around a case investigated by real-life paranormal investigators Ed and Lorraine Warren. While the extended Conjuring universe, which includes the Annabelle movies, The Nun and The Curse of La Llorona, is pure fiction, the main Conjuring films stick with the ‘based on real events’ hook – but how much of the latest movie is actually based on the facts and how much is artistic license?

The Conjuring: The Devil Made Me Do It is slightly different to the first two Conjuring films in that the key events in the case happen at the very start of the movie, with the main bulk of the film concerning a background investigation that isn’t based on the real case. The real case is therefore the anchor and the bookends.

Talking about the fact and fiction elements, series producer Peter Safran explained that representing the Warrens was always the goal:

There are key parts of the film that are based on fact, though.

The title of the movie comes directly from the nickname of the real Arne Johnson case – known as the “The Devil Made Me Do It” case.

The Glatzels were a real family who called in help from Ed and Lorraine Warren after 11-year-old David Glatzel began exhibiting increasingly strange behaviour, claiming he saw visions of an old man who appeared as a beast, talking in otherworldly voices and displaying scratches and bruises on his body. The Warrens diagnosed him as being possessed and several exorcisms were carried out, where the family claims David levitated.

The contortions David goes through in the movie are artistic license – though it’s worth noting they’re performed by a real person, a little girl, with Julian Hilliard’s face CGed on top.

At the end of the movie, during the credits, you can hear the real recording of what happened.

Arne was a real person and as in the movie, he was dating, and later married Debbie Glatzel, David’s sister. During one of David’s exorcisms Johnson supposedly challenged one of the many demons supposedly possessing David and invited the demon to leave David and possess him instead. Following this incident Johnson apparently began to display odd behaviour similar to David’s.

As in the movie, Debbie worked at a dog kennel and her employer was also her landlord. Unlike in the movie, where he’s called Bruce (played by Ronnie Gene Blevins) in real life his name was Alan Bono. On the day the murder was committed Arne and Debbie were with Arne’s sister Wanda and Debbie’s 9-year-old cousin Mary. They had been out for lunch with Bono who had been drinking. Later on an altercation took place where Bono grabbed Mary and Arne ordered him to release her. Debbie apparently tried to de-escalate the situation but Arne started growling like an animal then pulled out a knife and stabbed Bono to death. As in the movie, Debbie was a witness.

The Disciples of the Ram

The Disciples of the Ram aren’t real but they might be loosely inspired by real cults such as the Manson family –  this lot appeared first in the movie Annabelle which is a fictionalised back story of the doll (which is a real doll which was kept in the Warren’s artefact room).

The murder of Katie by Jessica and Jessica’s apparent suicide straight after aren’t real and the film doesn’t give a massive amount of backstory about these two. However, DC Comics has launched a new book titled DC Horror Presents: The Conjuring: The Lover #1 which specifically focuses on Jessica and how her possession comes about – it works as a direct prequel to the movie.

Kastner and the occultist

Certainly no mention of these elements of The Conjuring:The Devil Made Me Do It were ever brought up in the real case. These parts of the film lean into the Satanic Panic of the 1980s implying that David Glatzel was deliberately cursed by a devil worshipper looking to gain great power. It’s a fun bit of horror which nods to other genre films and allows the Warrens to have an adventure with an actual antagonist rather than making the film a courtroom drama.

It is true that Johnson’s lawyer – a man named Martin Minnella – did try to present possession as a defence but the judge wouldn’t permit it. Instead Arne’s lawyers went for a self defence plea. He got convicted of first degree man-slaughter, was sentenced to 10-20 years in prison and served five.

In the movie Ed Warren mentions to the lawyer that there had been a British case in the past where demonic possession had been considered a factor. The name Ed mentions is Michael Taylor. Taylor was part of a religious group in Ossett in the UK, who in 1974 began behaving super weirdly. After a time a decision was made that Taylor must be under the influence of a demonic presence and an exorcism was carried out. Vicars said he was possessed by 40 demons, and over an eight hour exorcism they managed to rid him of most them, though they apparently didn’t manage to get those pesky last few – leaving those representing insanity, anger, and murder behind. Sent home to rest before the exorcism would be completed, instead Taylor went home and brutally murdered his wife. Though details of the exorcism were discussed in court, Taylor was found not guilty by reason of insanity, and rather than arguing he was actually possessed the defence placed a level of blame at the feet of the religious group.

Not mentioned in the film is the fact that some years later David and his older brother Carl filed a lawsuit against Lorraine Warren and writer Gerald Brittle who co-authored a book about the case, titled The Devil in Connecticut, after it was reprinted in 2006. Carl claimed that the possession was a hoax, that his brother was mentally ill and that the Warrens had concocted the story for financial gain, convincing the Glatzels that it would make them wealthy and help get Debbie’s boyfriend out of jail. Lorraine Warren and Brittle stood by their work, with Warren pointing out that six priests had agreed David was possessed. Debbie and Arne supported the Warrens’ version of events

The Conjuring: The Devil Made Me Do It is out now in cinemas.