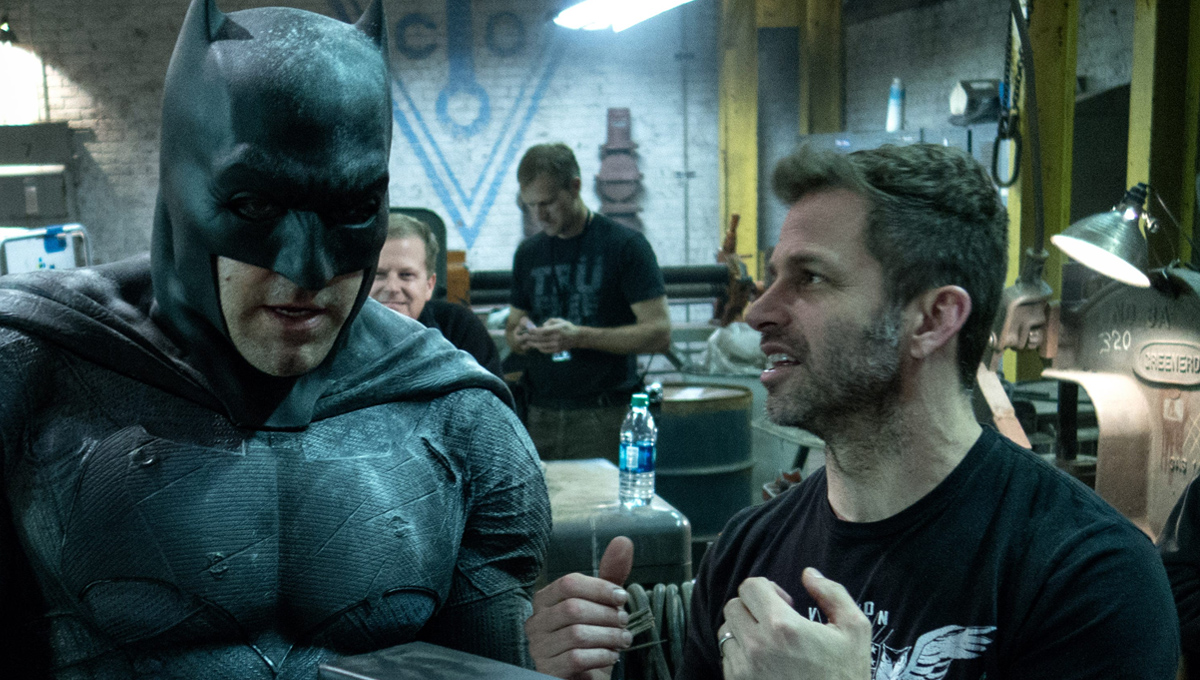 While Snyder has been doing a plethora of press as of late to promote his new Netflix feature, Army of the Dead, the director seems to possess a nigh-unlimited stock of headline-making revelations about his past works, as exemplified by his appearance on this week’s Happy Sad Confused podcast, via THR. Indeed, while the iteration of the DCEU that manifested under his creative purview, now dubbed the “SnyderVerse,” has, for all intents and purposes, reached its curious end with the recent HBO Max release of redux Zack Snyder’s Justice League, the proverbial onion that is Snyder’s creative process continues to peel with the director’s disclosure about the Batman he was looking to cast in a no-Affleck scenario, Belgian actor Matthias Schoenaerts.

“I was talking to him [Schoenaerts] a lot about it,” explains Snyder. “He never got in the suit, but I did do a bunch of mock-ups of him, because Ben was on the fence. And I don’t blame him. Everyone should be on the fence when you’re asked, ‘Do you want to play Batman?’” Thusly, the addition of Batman became Snyder’s nuclear option in the event that Man of Steel failed to widely resonate, and he would therefore move forward with his even-more-morose interpretation of the Caped Crusader, Affleck or no Affleck.

Consequently, Batman v Superman‘s pre-production saw Snyder consider the candidacy of Schoenaerts. The Antwerp-born actor, who has worked steadily in his home country since 1992, was best known at the time from director Jacques Audiard’s BAFTA-nominated 2012 drama, Rust and Bone, in which he co-starred romantically with Marion Cotillard, who—likely by no coincidence—co-starred as twist villain Miranda Tate/Talia al Ghul in The Dark Knight Rises. Of course, we all know how said candidacy would climax, with Affleck ultimately accepting the role for the film that would become Batman v Superman. However, Schoenaerts’s profile was nevertheless raised by roles in subsequent high-profile English-language dramas like The Danish Girl and Far from the Madding Crown, along with Jennifer Lawrence-headlined actioner Red Sparrow. Pertinent to Lawrence, he has been cast in a developing untitled film by director David O. Russell, in which he’ll appear opposite names like Anya Taylor-Joy, John David Washington, Robert De Niro, Chris Rock, Rami Malek, Timothy Olyphant and—perhaps coincidentally—Nolan’s former Batman, Christian Bale, and Snyder’s General Zod, Michael Shannon.

Nevertheless, Snyder would have had a Batman problem on his hands in the event that Affleck passed. Contextually, Man of Steel‘s press made it be known during the film’s buildup that Nolan—fresh from his Dark Knight trilogy tenure—had co-developed the story on which David S. Goyer’s script was based. In fact, the parading of Nolan’s name led to speculation and/or debates centered on the idea that the film was an expansion of Nolan’s film universe, which would create the possibility that Cavill’s Superman would one day share the screen with Christian Bale’s Bruce Wayne/Batman, whose fate at the end of 2012 trilogy-closer The Dark Knight Rises was left open to interpretation. In fact, Snyder also admits to toying with the idea of such a codification, stating, “It was not 100 percent off the table. We did talk about it a little bit.” However, the ending of Nolan’s 2012 film complicated that idea, since it also implied that Joseph Gordon-Levitt’s resigned GPD officer, John Blake, a.k.a. “Robin,” was set to inherit the vigilante mantle of the presumed-dead Bruce Wayne. “Maybe that’s why we didn’t do it,” says Snyder. “It would have been Joseph. Which could have been cool.”

Aside from the divisive nature of how the film ultimately manifested (a heavy topic in its own right), the marquee-level name of Ben Affleck saved Snyder from a creative conundrum for Batman v Superman. After all, the original selling point of Man of Steel centered on the idea that Snyder—known as the renegade director of 300 and Dawn of the Dead—would wield the creative temerity to conjure an unprecedentedly dark, dramatic onscreen version of Superman that contrasted with the Big Blue Boy Scout previously depicted in the quartet of classic films starring Christopher Reeve, and somewhat mirrored by director Bryan Singer with star Brandon Routh in 2006’s Superman Returns. Indeed, Man of Steel itself was an attempt to give Superman the serious treatment that Nolan had already given Batman. Thus, bringing in a version of Batman that was Snyder-ized (if you will,) would have seemed like a case of the tail wagging the dog without a star the level of Affleck, even if Schoenaerts ended up proving capable in the role.

Shifting back to the present, you can catch Zack Snyder’s irreverently ultraviolent new feature, Army of the Dead, on Netflix right now.

Will George R.R. Martin Release an Elden Ring Novel Before Winds of Winter?
Lupin Part 2 Ending Explained: What’s Next for Netflix’s Gentleman Thief?
My Hero Academia Season 5 Episode 12 Review: The New Power and All For One
How Does Avatar: Frontiers of Pandora Fit Into the Movie Timeline?
Live-Action Gundam Film Will Draw Inspiration From Multiple Timelines