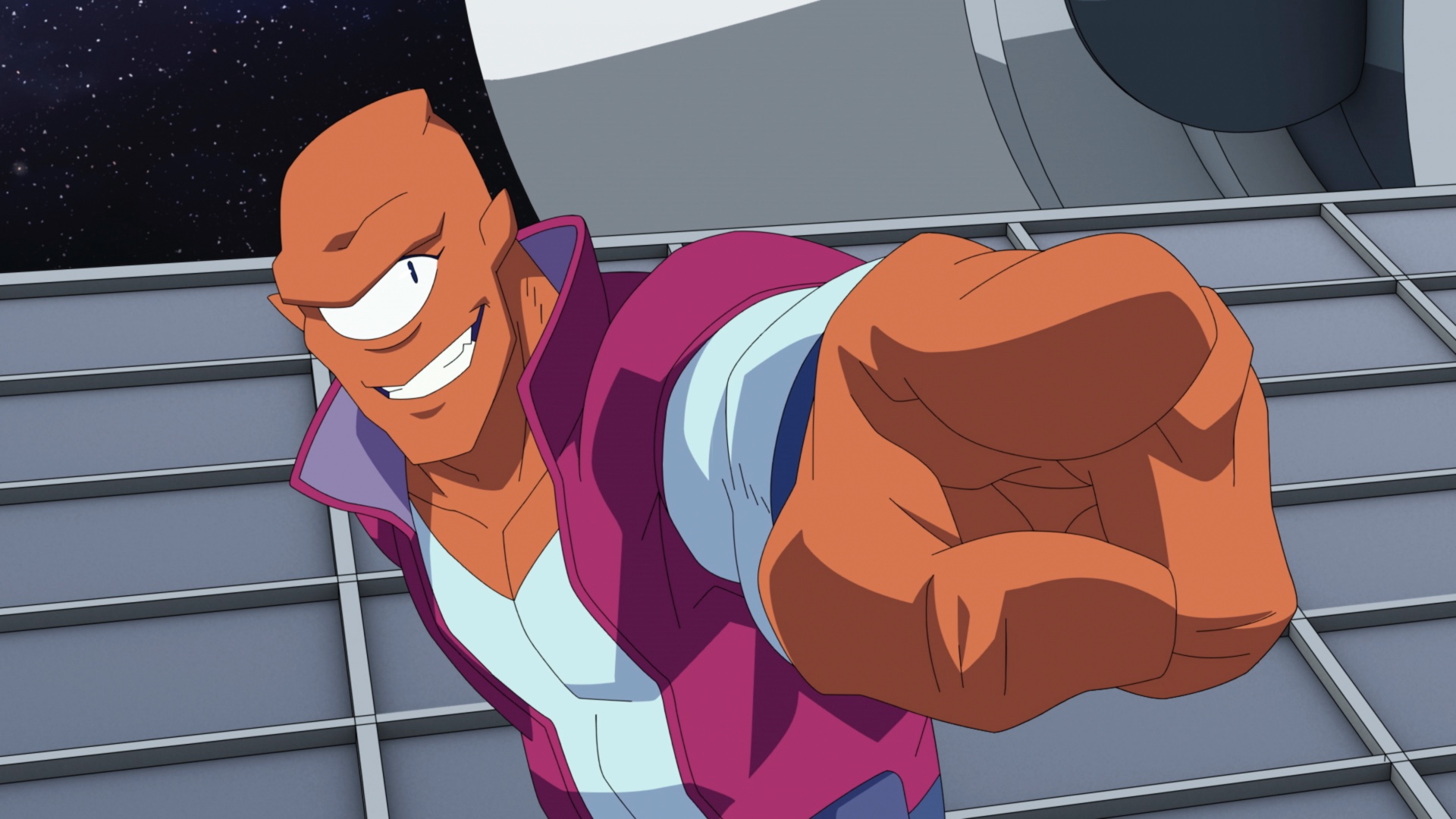 The finale of Invincible season 1 was one of the most exhilarating bits of superhero storytelling in some time.

The genre is no stranger to the “son must confront his evil father” plotline, but rarely has any depiction of superhero action felt so visceral or terrifying. Mark Grayson’s struggle (and ultimate failure) to stop his Viltrumite father Nolan led to nearly 20 uninterrupted minutes of super-powered carnage. Hell, Omni-Man literally held his son’s body against a train to use as a cudgel against innocent citizens!

That’s gonna take a minute to get over. But once we have, it’s time to get prepared for the future of Invincible. Amazon has already renewed the show for seasons 2 and 3 so somehow, someway there’s going to be life after Mark v. Nolan. When future seasons come, there will be a whole host of new and existing characters to delve into.

There’s one Invincible character in particular who didn’t get much screen time in season 1 but who is poised to get far more going forward, based on the precedent the comic sets and the star power of the actor voicing him. That character would be none other than Allen the Alien, as voiced by Seth Rogen (who is also an executive producer on the show).

Allen appears in only two scenes in Invincible season 1 but those two scenes operate as nice bookends for the season’s arc and Mark’s growth. In episode 1, Nolan asks Mark to head off into space to take care of one of his foes because Nolan can’t get around to it. That foe turns out to be Allen the Alien. Since Mark does what Nolan never thought to do by talking to Allen, he discovers that Allen isn’t a foe at all. Instead, Allen is a Champion Evaluation Officer for the Coalition of Planets. All planets must have a champion to protect them and it’s Allen’s job to make sure they’re up to the task.

Unfortunately, Allen has been heading to Earth all these years, thinking it was “Urath.” In the final scene of the finale, Allen comes back to Earth to issue Mark a dire warning: there’s a Viltrumite in their midst. Obviously Mark knew that as said Viltrumite is his father who just kicked his ass in absolutely breathtaking fashion. Mark fills Allen in on his story so far and the two resolve to stay in touch. Mark will finish high school and make sure Earth is safe, while Allen will deliver the fascinating news about a Viltrumite abandoning his post to the Coalition of Planets.

So what’s next for Allen the Alien? A better question might be what’s next for Invincible, itself, since Allen is poised to play an enormous role in the proceedings. Allen is not entirely unlike the story’s Nick Fury. No, Allen isn’t set to recruit Mark into the Avengers Initiative, but his arrival does open up the story’s universe in significant ways. As Nolan’s desertion of Earth suggests, the future of Invincible’s story lies out in space.

In the comics and in the show, Mark does follow through on his promise to protect Earth and finish high school. Still, the Viltrumite Empire is out there in the stars to be dealt with. That’s where Allen comes in. The conflict that forms the backdrop of the entire series is between the Viltrum Empire and…just about everyone else, but mostly the Coalition of Planets. Since Allen is involved with the Coalition of Planets and is a very agreeable, likeable bro (which is a trait that Rogen captures well) he is often our introduction to these conflicts.

There’s also an interesting factor at play that makes Allen an interesting ally and foil to Mark. As Allen told Mark, he is part of the Unopan race. The Unopans resisted the Viltrumites and as a result were nearly annihilated. The race lives on only due to ethically questionable breeding camps. Allen was a product of one of these breeding camps and was experimented upon to become the strongest Unopan possible. Allen wasn’t strong enough at the outset to defeat a Viltrumite, so the experiments were abandoned. The thing is though that Allen will be strong enough to defeat not just one Viltrumite but many…eventually.

Unbeknownst to Allen and the Coalition at large, he is capable of getting much stronger. All it takes is a good old fashioned Viltrumite ass kicking. Whenever Allen is properly beaten up, his body heals to far past his initial physical capabilities. This has fascinating implications for the story. For, as Mark trains and grows stronger on Earth, his friend Allen basically keeps up with him. Mark and Allen don’t just stay allies…they become something like peers.

Beyond the many ways that Allen expands the story of Invincible, it will be nice to have him around more frequently in future seasons. As Mark finds out very shortly upon meeting him, Allen is one of the most likeable characters in this story. With the right voice actor in place and many, many more pages of Robert Kirkman’s comic source material to come, Allen the Alien is a big orange Unopan to keep exactly one eye on.