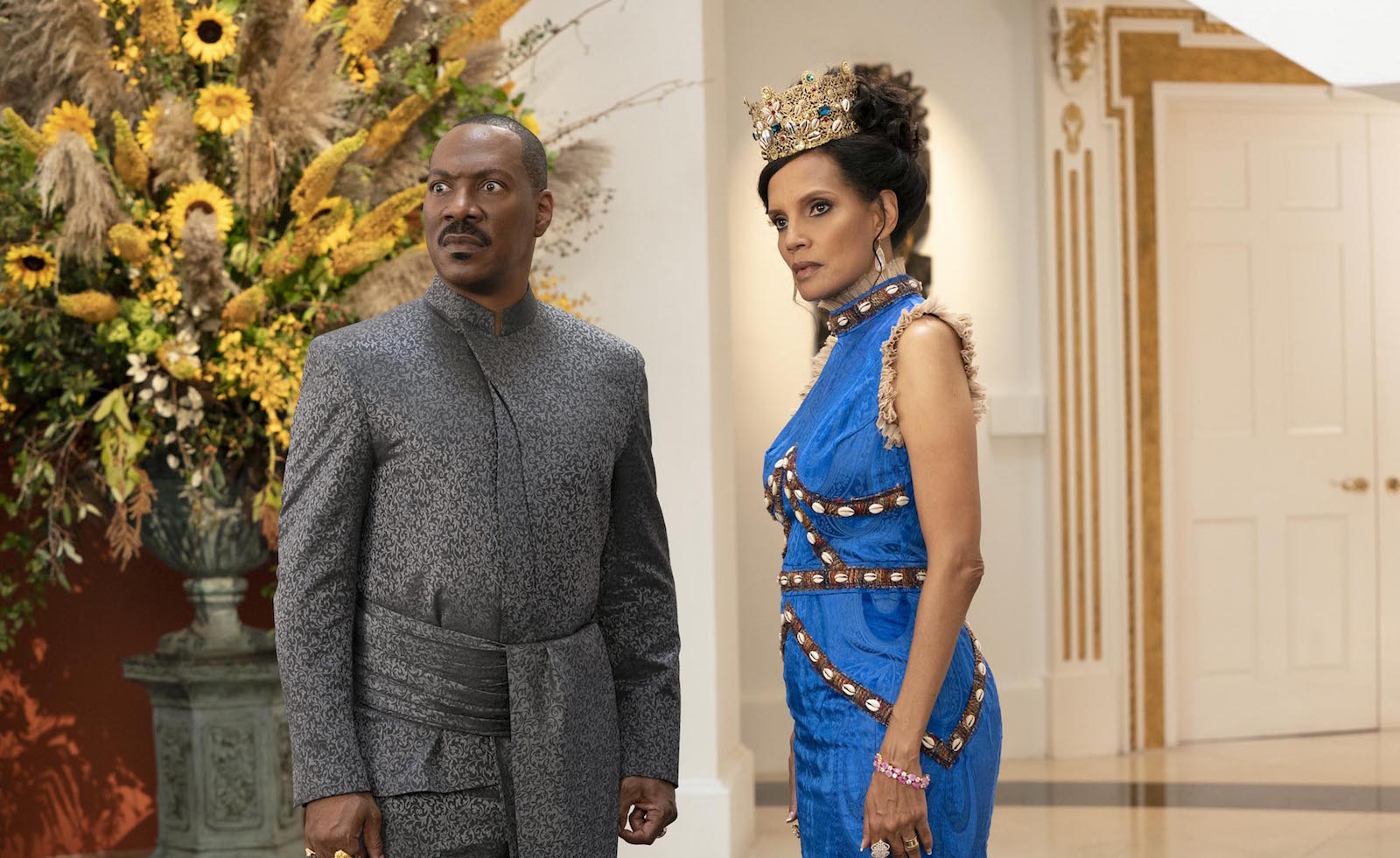 Coming 2 America came out in a very different era from the original 1988 movie. Clearly. In some ways that’s a good thing, with the belated comedy sequel gently critiquing the sexism in some of the earlier Eddie Murphy movie’s humor, such as the use of attractive female “bathers” in the fairy tale land of Zamunda—wherein they must “clean” their patriarchal princes and kings every morning. In Coming 2 America, the objectification goes both ways when Leslie Jones gets into the tub. That’s progress… I guess?

And in other areas, Coming 2 America must make concessions to being an early 21st century movie instead of one from the 1980s. That means there must be a post-credits scene. Marvel does it; Warner Bros. does it; even television is getting in on the game now with Star Wars doing it too via The Mandalorian. But if you’re going to have a post-credits scene, you can do it right. And at the very least, Coming 2 America absolutely nails this.

Whatever you might think about the finished film, when the credits roll for this Eddie Murphy follow-up, please do not turn off your Amazon Prime app. Instead stay for the mid-credits scene where, after a so-so gag reel, an unexpected delight occurs: John Legend appears at his piano to sing, “She’s Your Queen to Be.”

Apparently filmed over Zoom or another telecommunicating technology, Legend is at home when he surprisingly croons, “She’s your queen to be; a queen to be forever; a queen who will do whatever his highness desires.”

The musical tribute by Legend was likely shot recently with the quarantine-at-home vibe we’ve all become intimately familiar with permeating his cover song. It also appears to be a sweet tribute from Legend to a movie that meant a lot to him growing up, particularly with its velvety musical vocals, courtesy Paul Bates.

Indeed, one of the most cherished moments from 1988’s Coming to America is when Bates’ Oaha, a Zamundian presenter and royal footman, picks up a microphone during Prince Akeem’s birthday to serenade his highness for a fateful meeting with his betrothed, Imani Izzi (Vanessa Bell). Unfortunately for Imani, the marriage is not to be (and there is a fated curse worse than death unwittingly placed on her, as revealed at the beginning of Coming 2 America). Still, it’s a soulful musical moment that’s lived on in pop culture for more than 30 years. You can watch it below.

It also clearly made an impression on Grammy and Oscar winner Legend, who gave a nice rendition of the tune at his own piano. Afterward Legend says, “Goodnight, Zamunda,” in a sweet sendoff.

There is also a post-credits sequence, which shows Murphy in one of his most beloved prosthetics creations, Saul the barbershop customer, meeting with the sole new character created between Murphy and Arsenio Hall for Coming 2 America. It’s Arsenio as Baba, a medicine man of questionable skill. He also tells a serviceable (if not great) joke.

It’s still a fitting sendoff given the original Coming to America concluded on an intentionally not great joke from Saul, who was revealed (shockingly at the time) to be Murphy under pounds of makeup and prosthetics. We ranked all of Murphy’s Coming to America characters here.

Mid-Season Sneak Peek | Marvel Studios’ The Falcon and The Winter Soldier | Disney+
Van Helsing Returns For A Final Season And Adds Time Travel To Its Narrative Palette
Minecraft 1.17: What the Caves and Cliffs Update Changes Mean for the Game
Confronting a Serial Killer Review: The Confession Is Chilling, But the Story Is Balanced
Thunder Force: Why Jason Bateman Steals the Movie as The Crab