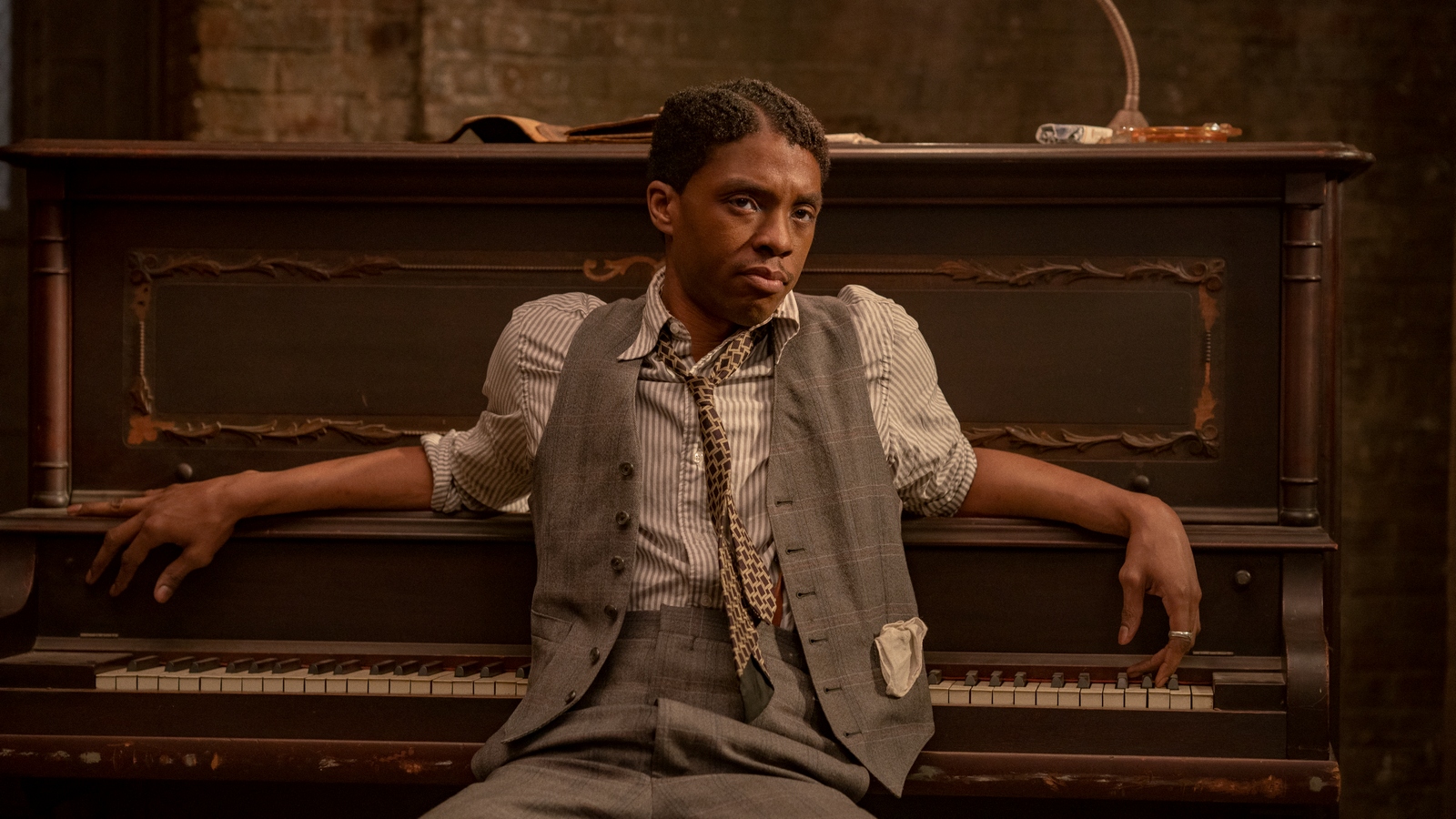 Amidst Sunday night’s half-virtual/half-physical Golden Globes awards ceremony–which was riddled with technical glitches and overshadowed by controversy over the Hollywood Foreign Press Association’s lack of Black representation in its cloistered ranks–one moment stood out as possibly the most powerful and clearly the most moving of the evening.

That was when Taylor Simone Ledward, the widow of late actor Chadwick Boseman, accepted a posthumous award on her husband’s behalf when he won Best Actor in a Motion Picture Drama for his work in Ma Rainey’s Black Bottom.

Boseman was widely favored to win even with formidable competition from Anthony Hopkins (The Father), Gary Oldman (Mank), Tahar Rahim (The Mauritanian), and Riz Ahmed (Sound of Metal). Boseman’s fiery turn as the angry, tormented young trumpeter Levee Green in the Netflix adaptation of August Wilson’s play was his final screen appearance. The actor passed away in August 2020 from colon cancer at the age of 43.

In accepting the award, a tearful, often overcome Ledward–who gave her remarks via Zoom–noted toward the end, “I don’t have his words.” But she nevertheless spoke eloquently on her late spouse’s behalf, saying, “He would thank God. He would thank his parents. He would thank his ancestors for their guidance and their sacrifices.”

She added, “He would say something beautiful, something inspiring, something that would amplify that little voice that tells you, you can, that tells you to keep going… that calls you back to what you are meant to be doing in this moment in history.”

Ledward finished by saying, “We have to take all the moments to celebrate those we love, so thank you HFPA for this opportunity to do exactly that. And, honey, you keep ‘em coming. Thank you.”

Boseman’s career had been distinguished primarily by playing historical figures like Jackie Brown in 42 and James Brown in Get On Up before he became an international star as Wakandan king T’Challa, a.k.a. the Black Panther, in the Marvel Cinematic Universe.

He made his debut as the character in 2016’s Captain America: Civil War–the same year he was first diagnosed with cancer–and next starred in 2018’s groundbreaking Black Panther, which earned over $1 billion at the box office and became the first superhero movie nominated for the Best Picture Oscar. He played T’Challa twice more in Avengers: Infinity War and Avengers: Endgame. The role will not be recast for future MCU movies, including Black Panther 2, which is due out in 2022.

Boseman’s other credits included Marshall, 21 Bridges and Spike Lee’s Da Five Bloods, all of which he made –like three of the Marvel movies–while undergoing continuous treatment for his cancer, which he did not disclose publicly.

It was notable that during a sketch segment on last night’s awards show, in which a group of pre-school children were jokingly questioned on their knowledge (or lack thereof) of actors, films and the Golden Globes themselves, every single child immediately answered the question “Who is Chadwick Boseman?” by responding, “Black Panther.” His was the one name they all recognized instantly.

Link Tank: The Most Iconic Quotes from Movies of the 21st Century
Thunder Force: Why Jason Bateman Steals the Movie as The Crab
Van Helsing Returns For A Final Season And Adds Time Travel To Its Narrative Palette
20 Nintendo Games That Changed History
Charlie Jane Anders on Writing the YA Space Opera Her Teen Self Would Have Loved