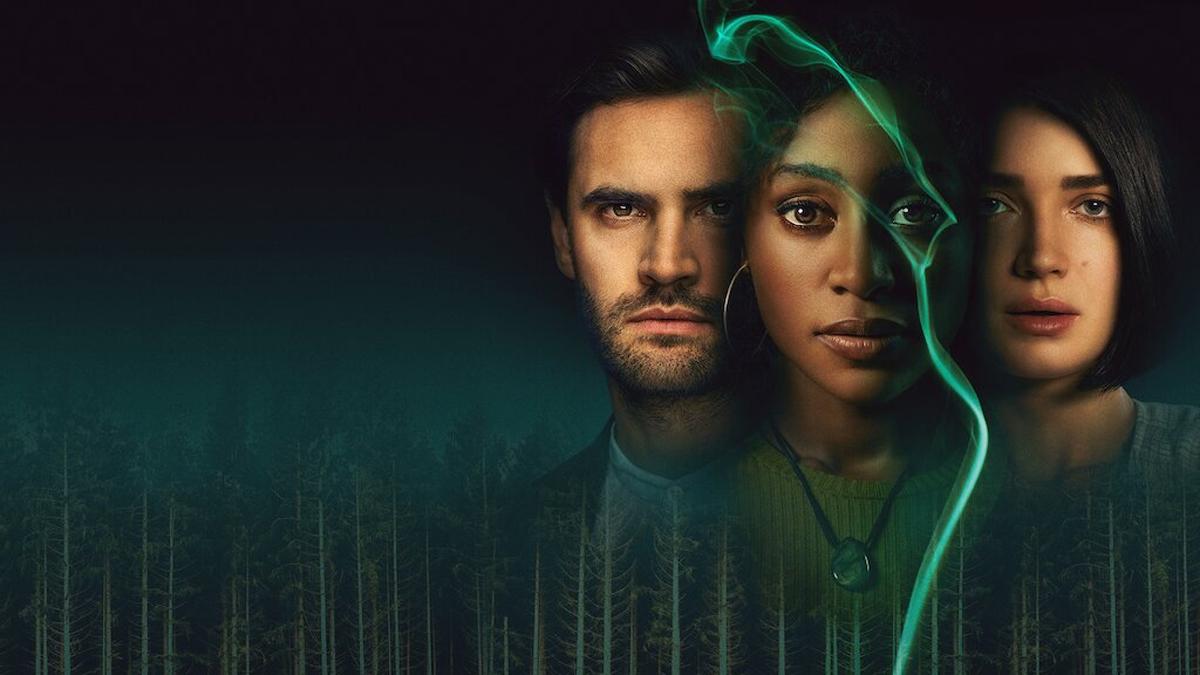 Warning: contains spoilers for Behind Her Eyes book and TV series.

There’s a cheekily knowing moment in the finale of Behind Her Eyes, a new Netflix thriller with a monumental twist you won’t want spoiled, so look away now if you’ve not seen it.

Marianne (played by The Last Kingdom’s Eva Birthistle) is narrating a flashback to the events that forced Adele and David (Eve Hewson and Tom Bateman) to leave Brighton and relocate to Islington. The owner of a café close to David’s psychiatry practise, Marianne had platonically befriended David and, recognising his sadness, encouraged him to make a change and leave his wife.

Unbeknownst to David or Marianne, Adele was spying on their conversations using her power of astral projection. Obsessed with keeping David in the marriage, Adele intimidated Marianne, threatening her to stay away.

In the show’s sixth and final episode, we see Marianne return to the flat where she lives alone and call out for her cat, Charlie. He’s nowhere to be found. She goes upstairs and sees that her bedroom has been trashed and the word ‘Slut’ has been daubed on the wall in dripping red letters. Still no Charlie. Cat lovers everywhere hold their breath.

Obviously, the first thought is that Charlie’s corpse must be somewhere under all that mess and his blood was used to paint those words. Then, after a well-timed pause, in Charlie walks, right as rain. It’s a little tension-play moment and a neat subversion of our expectations by creators Steve Lightfoot and Angela LaManna, and director Erik Richter-Strand.

Readers of Sarah Pinborough’s compulsive 2017 novel on which the series is based, would have been particularly convinced that Charlie was a goner, especially when Marianne scoops the cat up in her arms before opening the door to an unhinged Adele holding a kitchen knife.

In the book, Adele (who’s actually a man named Rob, it’s a big supernatural twist) first poisons Charlie’s food to make him drowsy. Then, in front of Marianne, she kills him by  – and look away now if you’re squeamish – stamping on his head while wearing spiked high heels. Hence, the little Charlie-related rug pull in the TV version of events. It’s a neat bit of manipulation and something of a surprise for those who’ve read the book.

In the book, that’s not the only cat murder committed by Adele/Rob. When they move into their new Islington house, Adele and David have a pet cat of their own. When Adele/Rob is trying to assassinate David’s character as part of a master plan, she tells David’s mistress Louise that he killed it by stamping on its spine, then buried it in the flowerbed. In fact, we later learn, it was Adele/Rob who killed their cat in exactly that way.

In the TV series? No cat murders. Not one. TV viewers can cope with body-swaps, dumped corpses and faked suicides, but hurt a beloved pet on screen and lord help you.

Adele’s Pregnancy, and the Second Fire

That’s not the only difference between the TV series and the book. Also not in the Netflix show but in the novel is the fact that when Rob swapped bodies with Adele and killed her (while her soul was in his original body), she was pregnant by David.

When Louise reads Adele’s psychiatric file in the book, she learns that Adele had an abortion when she was much younger. Soon after he kills Adele, Rob realises that the body he stole from her is pregnant, and so, horrified by the thought of giving birth, he terminates the pregnancy. He says that he couldn’t have the baby because he felt it belonged to Adele and wasn’t really his. He planned to become pregnant later on in their marriage to have his own baby with David, but this never happens.

Another minor difference is that in the TV show, Adele/Rob says she’s never really had a job, but in the novel there’s mention of her having briefly worked at a florist shop, but it not having ended well. The specific circumstances aren’t revealed, but we learn that Adele/Rob started a fire at the shop in revenge for some perceived wrong – another instance of unhinged behaviour and a hint towards the fire started in the plan to steal Louise’s body.

David Seals His Own Fate

There’s a bitter revelation in the book that isn’t featured in the TV version. We know in the show that Adele and David grew up as neighbours because his family ran a farm owned by her family estate. David is five years older than Adele and knew her as a young girl. That’s the same in the novel, which adds the detail that, when Adele started having trouble with night terrors as a child, the older boy gave her “a hippie book about dreams” to try to help her.

It was this very book from which Adele first learnt about lucid dreaming, astral projection and the power of the Second Door, which leads to her downfall in so many ways. Adele felt added guilt about her parents dying in a fire because she had been using her astral projection power while they burnt to death. If she’d been present in her body, she tells Rob, she might have smelled the smoke and been able to save them.

It was also Adele who taught Rob the power of astral projection, learnt from the book David gave her. If she’d never discovered the power, and never taught it to Rob, then he couldn’t have killed her to steal her body, and later done the same to Louise.

The book and the TV series end with exactly the same scene (it’s a very loyal adaptation in general). After Louise has been buried in Adele’s body, and Rob has stolen Louise’s body to marry David, the newlyweds drive away, considering where to honeymoon, when Louise’s son Adam pipes up from the back seat.

Because the book is narrated by Rob/Louise, we’re privy to his inner thoughts in a way that we’re not in the TV show. While we can infer in the show that Rob/Louise has no maternal feelings towards Adam, in the book, we read his thoughts plain as day. Here’s what Rob thinks about Louise’s son and ex-husband Ian:

“There is still one small obstacle to overcome for our happiness to be complete. David might not have known Louise well, but Ian does and Adam does. Those links need to be severed. […] Adam’s departure from my life will need to be somewhat more dramatic. It shouldn’t be too difficult to arrange. Children are notoriously accident prone.”

Behind Her Eyes is available to stream now on Netflix