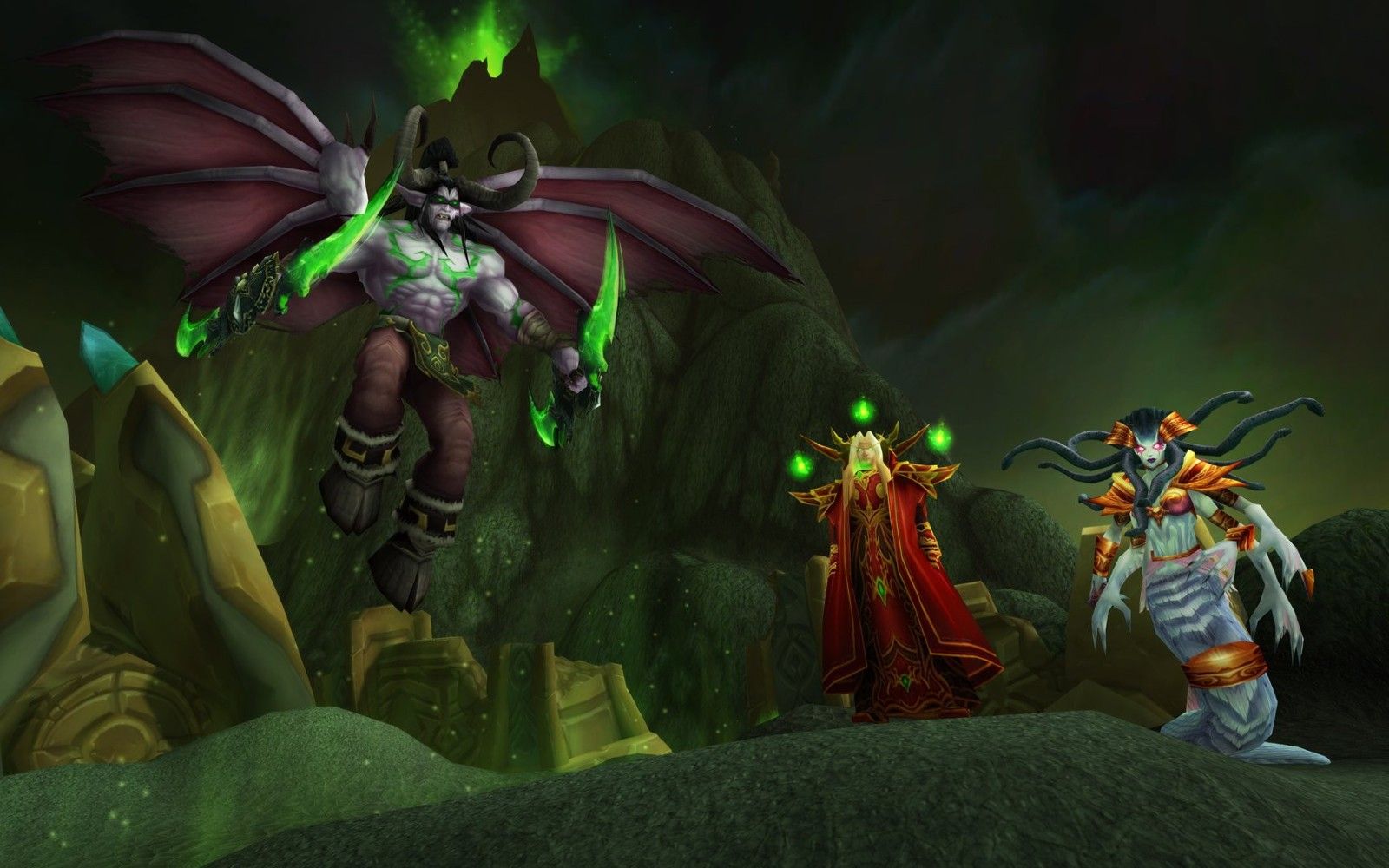 Much like the reveal of Diablo 2 Resurrection, many Blizzard fans were anticipating the eventual release of The Burning Crusade Classic as the follow-up to WoW Classic. It seemed inevitable that Blizzard would revisit the first WoW expansion following “vanilla” WoW‘s recent success.

And yet, there’s something undeniably magical about the confirmation that we’re this much closer to the essential re-release of WoW: The Burning Crusade. Not only was TBC the first of many expansions in WoW history, it is what many consider to be one of the best eras in the history of one of the best video game franchises ever.

1. The Opening of the Dark Portal

The opening of the Dark Portal is undeniably a special moment in the history of Warcraft lore that is partially elevated by the memory of experiencing something truly new in a game that is genuinely beloved.

Yet, there is something genuinely special about this moment that lives on to this day. The feeling of watching hundreds of people wait at the threshold of this monolith that teased players since WoW launched is one of those moments that’s never quite been replicated.

Despite their best efforts, Blizzard has never crafted a transition between expansions quite as brilliant as entering the Dark Portal. It will be a purely magical moment to relive.

2. The Theatrics of the Karazhan Raid

It’s not that Karazhan is the first great raid in WoW history (far from it), but this was the raid that really proved to everyone what the team was capable of when they were at their best.

As what could be described as the party that never ends, Karazhan not only featured one of the most unique thematic concepts of any WoW raid before or since but a thematic quality that could only be described as one of Blizzard’s best environmental storytelling efforts ever.

Karazhan is still rightfully used as the measuring stick for even modern WoW raids. It’s a piece of operatic brilliance that hasn’t aged a day.

3. The Fight Against Kael’thas Sunstrider

Some of the best boss fights in old-school video game history features a multi-phase structure that teased victory just often enough to keep you on the hook. The battle against Kael’thas Sunstrider replicated the best elements of those old-school battles.

This marathon of a raid boss sees you navigate five distinct stages that often force you to deploy unique strategies. From brawls with unique melee weapons to a timed DPS check, the fight against Kael’thas Sunstrider is a truly epic encounter.

It’s not the hardest boss fight in TBC (more on that later), but in its own way, this is the boss fight that set a standard that so many tried (and often failed) to match.

4. Illidan and the Black Temple Raid

Few villains in WoW history were ever as hyped as Illidan Stormrage. He was the clear face of the Burning Crusade expansion and one of the clearest threats that WoW had ever known.

It’s a small miracle, then, that the battle against Illidan didn’t disappoint. While working your way up to Illidan, there’s a real sense that you’re working your way toward this ultimate presence that has been lingering somewhere above you for your entire journey.

Even if Black Temple isn’t the absolute best raid and Illidan isn’t the best raid boss, the combination of those two elements come together to form something that truly feels special in the way that the best raids should.

TBC‘s introduction of team-based battles forever shaped WoW‘s PvP scene by alerting gamers to the fact that assembling the perfect PvP squad and sending them into battle captured the best elements of PvP conflict and PvE character building.

Was TBC‘s Arena meta perfect? Absolutely not. However, for millions of WoW Classic players who have spent hours building the perfect character, it’s going to be the first real chance to introduce them to the PvP scene.

From a sheer lore perspective, you could certainly still argue for Blizzard’s decision to limit the Paladin class to Alliance players and the Shaman class to Horde fans. It was a fantastic way to add a little extra incentive to the idea of choosing one faction over the other.

Even still, there’s a larger argument to be made for how the decision to let both factions create characters for those iconic classes ultimately helped the balance of the game. That blend of lore and mechanics was never quite as perfect as it was when TBC finally let you create Alliance Shamans and Horde Paladins.

Granted, they weren’t the most “viable” classes at the time, but the novelty of being able to finally bridge the gap is going to inspire a lot of players to make these their first TBC alts.

While playing through WoW Classic, you really started to feel the things that you truly missed. For many, one of those things was the ability to acquire flying mounts.

TBC‘s addition of flying mounts was considered to be one of the expansion’s best ideas at the time of its release, and that sentiment remains strong years later. It turns out that investing a huge amount of gold into the ability to fly around a zone is worth the investment.

Even modern WoW players will be able to appreciate how earning that first flying mount feels in TBC.

Some of the most beloved WoW boss fights in the game’s history are also the most frustrating. There’s just something about a truly difficult challenge that brings people together like nothing else.

There are few better examples of that concept than M’uru. While not the best example of a WoW fight from a lore or thematic perspective, the sheer mechanical challenge of M’uru haunts players to this day. It’s one of the most intimidating WoW boss fights Blizzard ever crafted.

M’uru is going to challenge WoW players in a way that even the toughest WoW Classic fights never really did. We’ll see if this one ends up being a true guild breaker or a moment of pure triumph.

9. Showing off the Twin Blades of Azzinoth

Look, the fact of the matter is that some of the best gear in WoW history has been reserved for melee classes. There’s just something fundamentally cool about wielding a truly distinct weapon in your hands.

There are few better examples of that concept than the Twin Blades of Azzinoth. Not only are the thematic weapons of Illidan Stormrage one of the greatest WoW flexes ever from a purely visual standpoint, but they were some of the most powerful weapons that WoW players could ever dream of at the time of the TBC‘s release.

It takes a lot of effort and a lot of luck to unlock the Twin Blades. Thankfully, it all proves to be worth it for the simple pleasure of showing off.

Look, the truth of the matter is that high-end WoW players are always going to find the optimal class compositions for any scenario. That philosophy will almost certainly apply to the re-release of a WoW expansion.

Yet, there’s absolutely something to be said for how TBC made more classes more viable than ever before. While the balance changes that Blizzard made to classes like Druids are the most obvious example of this benefit, the more lasting benefit of this change may be how TBC‘s enhanced difficulty level made it more important than ever to invite the right players rather than the right classes.

High-end guilds will still look for specific compositions, but TBC will help ensure that those who prefer certain builds won’t be limited to the meme tier of raid invites.