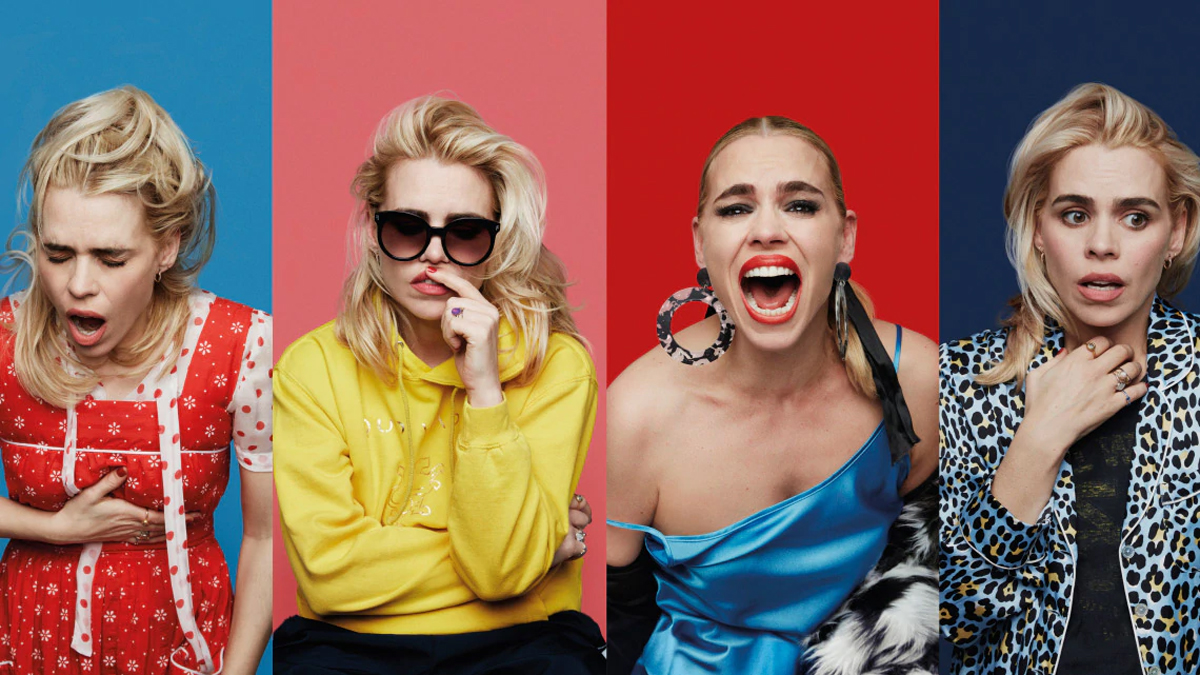 CONTAINS SPOILERS FOR I HATE SUZIE

“No one is coming to rescue you.”

“Every home should feel safe and warm and supportive. Everywhere is home.”

These two ideas are at the centre of the series finale of Sky Original I Hate Suzie (now airing on HBO Max). It’s a perfect dichotomy of utter hopelessness and never ending hope that closes the series absolutely as it should.

Former teen pop sensation Billie Piper stars in this searing semi-autobiographical eight part show. It’s a funny, raw, personal drama following former teen pop sensation Suzie Pickles (played by Piper), who has moved into acting via a very popular sci-fi series and whose life is suddenly upended when images of her during a sex act with someone who is clearly not her husband are leaked online.

The episodes are titled after the stages Suzie goes through, rather like the stages of grief, from Shock, Denial and Fear all the way through to Acceptance. The episodes play with genre too, with the ‘Fear’ episode leaning very heavily into horror tropes.

By the end though, the route the show takes isn’t necessarily the one you have expected at the start. But that’s ok. It’s spot on.

I Hate Suzie is essentially an anti-rom-com. Which is not to say it is cynical, or dismissive of the concepts of love and romance. It just plays with audience expectation in order to make different points.

At first Suzie’s husband Cob (Daniel Ings) seems like a great guy – handsome, capable, a good father to their deaf son and tolerant of Suzie’s career and the maelstrom it brings. Once he gets wind of the photos of course he is angry – he has every right to be. But it gradually becomes apparent that this isn’t a happy marriage and the man Suzie has been having an affair with, Carter (Nathaniel Martello-White) – the director of her show – is a far better bet. He still loves her, is gentle with her, makes her happy and makes her laugh. He shows none of the aggression we’ve seen from Cob and it’s clear the two have an amazing connection.

If this was a rom-com they’d end up together.

Instead though, Carter turns up at Suzie’s house at night with a grand romantic gesture – he has told his wife, with whom he has several children, about the affair, and is ready to leave with Suzie right now. Backed into a corner and trying not to wake Cob, she turns him down. Has she just blown her chances with the man the audience is clearly rooting for?

It’s a wonderfully unsettling moment. Leave Cob for Carter! We are screaming, but on the other hand, um, isn’t that coercive rather than romantic – an attempt to force Suzie’s hand rather than respect her decisions? We are right to be suspicious of Carter. Later we discover he had had plenty of affairs with actresses before Suzie and in fact hadn’t told his wife after all.

With her career all but destroyed and her lover out of the picture, Suzie tries to make her marriage to Cob work, but frankly he is awful and she finally tells him she doesn’t love him and leaves.

True love, she decides, is the domain of women – women who are there for other women. Suzie’s agent Naomi (Leila Farzad) is Suzie’s life long best friend, but even between the two there are tensions. Naomi wants to visit Iran and places important to her heritage, but Suzie is dismissive.

Her love for her child then, must be the solution. But though Suzie loves her son Frank, he’s happy enough staying with another deaf friend – it is not his job to save her.

This isn’t a show trite enough to suggest that loving yourself is the greatest love of all either. Suzie is a bit of a dick. She’s kinder to the child she visits in hospital than at times she is with her own son. She is selfish. She cheated on Cob with a man with children.

But that does not mean she doesn’t deserve warmth and support.

The finale finished on two distinct beats. Suzie discovers she is pregnant. She speaks to Cob (who doesn’t know) who tells her he will never forgive her and will make her life a living hell from now on and forever.

With numb resignation she stands on a bridge contemplating suicide, truly understanding that no one is coming to save her.

But then in a moment of tragi-comedy she’s approached by two men asking for a photo. She angrily says no, thinking they want a picture of her – instead they want her to take a picture of them.

“Can I come home with you? I just need somewhere to be,” she asks, after a brief exchange where the three of them sing the song that made Suzie famous in the first place.

“Every home should feel safe and warm and supportive. Everywhere is home,” her own voice over/internal monologue declares.

Even when things are the worst they can be, there’s always hope. Everywhere is home – or rather anywhere can be home. And home is not a place where you feel unsafe, unsupported and afraid, as was the case with Cob.

I Hate Suzie is anti-rom-com in that the happiest outcome for its protagonist is to be single. Suzie is the protagonist, but she’s not the hero. She’s a three dimensional woman who has too long allowed other people to narrate her story. No one is coming to rescue you. But that doesn’t have to be a tragedy. And you never know where you might find a slice of home.

My Hero Academia Season 5 Episode 4 Review: Make It Happen, Shinso!
Charlie Jane Anders on Writing the YA Space Opera Her Teen Self Would Have Loved
The Flash: How Do You Solve a Problem Like the Speed Force?
Who Needs Megazords When You Have Armored Saurus?
The Nevers Episode 1 Review: a Tonal Mishmash