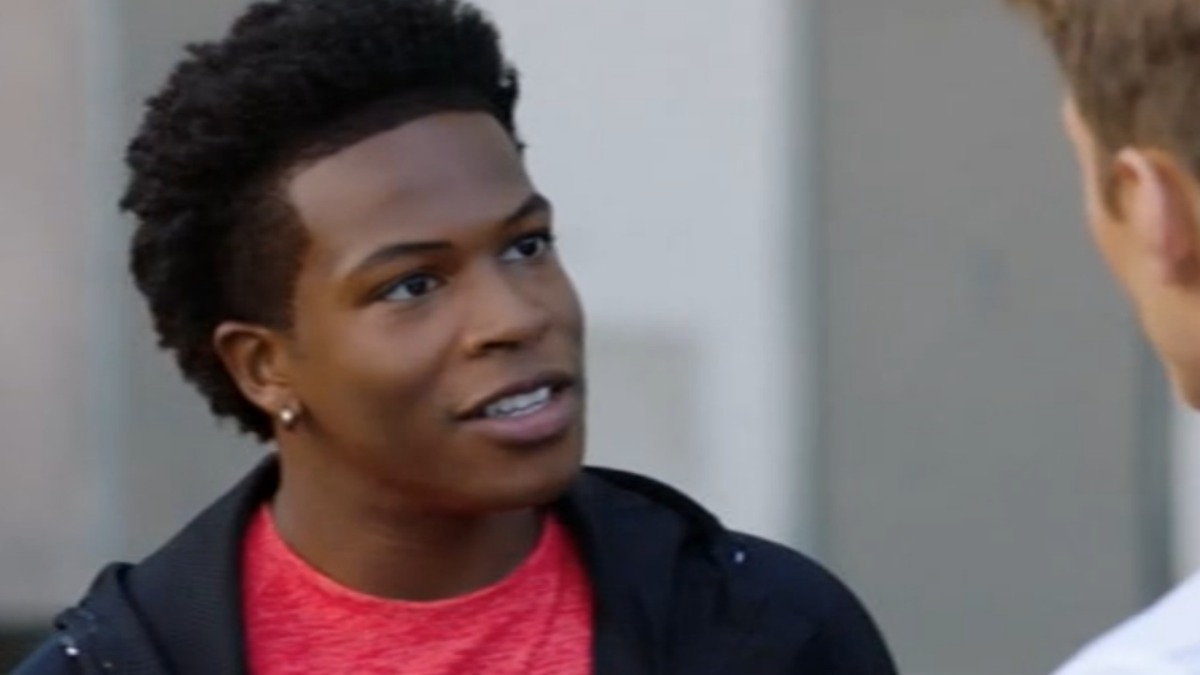 It’s crunch time for Power Rangers Beast Morphers and, as I wrote about last week, when the major plot beats go down? Beast Morphers shows up with the energy it needed!

From the start the episode is filled with tension. We know something is up with Blaze and from that first sneer it’s easy to guess it’s the evil Blaze. That doesn’t ruin the tension though because even though we know it’s not the real one the Rangers don’t. It makes watching his actions all the more sinister. The way he manipulated Devon, stroking his ego so he’d be harder on Cruise and the others? That was chilling!

The plan wasn’t simple either. There were a lot of steps where it could have failed but Devon fell for it, which will hopefully be referenced in the next few episodes. It was also the perfect example of weaving the lesson into the story without dropping it halfway or making it feel tacked on. Blaze keeps pushing Devon to be harder on the team and this seemingly goes well. Sure Cruise gets hurt but they capture Evox! Before the twist ending, Devon refuses to accept Cruise as collateral damage and reaffirms it’s the team’s friendship that makes them strong, not simply being tough.

I love that! I love that even when they supposedly beat the main villain of the show Devon refuses to accept the idea that Cruise getting hurt was worth it. That’s how you sell a lesson in this show. Make it personal! Devon is slowly convinced to make the wrong choice and at first makes little mistakes because of it that are easy to push aside. However when Cruise, a character we know and like, got hurt? That’s when Devon makes a change and learns the lesson.

Beast Morphers should have been incorporating its lessons like this all the time. It was executed so well here and weaved into a main plot episode perfectly it makes you long for a season that could have had this level of writing all the time. Even the need to have mostly standalone episodes with a few plot based ones doesn’t explain why this was so great and other episodes have been lacking. With a few small adjustments this could have been a stand alone episode, just sub out the twist ending, swap Evox for a monster of the day, and have Blaze be mad his plan didn’t work so he teleports away.

Despite all that, this episode is still incredibly strong. That twist ending was great and it leaves our heroes perplexed and caught completetly off guard. They got what they wanted, they have Evox, but if his whole plan was to get into Grid Battleforce then should they just let him go? Can they outsmart him before his plan is unleashed? It’s a great cliffhanger!

So much about this episode was great. The Zord battle was the most tense moment of all, the setting making it all the more special since it was inside the Rangers own base. Kelson Henderson crushed it as Cruise, making us feel genuinely sad for a robot with no expressions. Even Ben and Betty got to have a shocking moment of whipping out blasters. Yes it was for a silly gag but it still caught me off guard.

Plus we got that very intriguing line from Evox where he tells Scrozzle, “I have a very dark past.” What does it mean? Many fans have speculated Evox is actually Venjix, who famously hid himself inside one of the RPM morphers at the end of Power Rangers RPM. With Dr. K’s appearance earlier this season and a very clear shot of those morphers a few episodes back? It could very well be!

However this is a big gamble on the show’s part. Bringing back the main enemy from one of the most beloved seasons in the franchise could pay off big or blow up in their faces. Bringing back Venjix would be pure fan service but that means fans will be the quickest ones to point out if anything is wrong. Hopefully the writing team did their research because if they can pull this off it would finally tie up a loose end that’s been left dangling for over a decade. But hey, even it isn’t Venjix, it’s still a powerful line that makes me excited to see where the next episode goes!

The only negative of the episode is that the season has done nothing with the actual good Blaze. He was introduced back in the first episode of season one as a major asshole but was put in a coma and we didn’t learn anything about him for the rest of the season. He was finally awakened but in the season two premiere he was suddenly nice to Devon and seemingly a chill guy, contrary to what little we’d seen of him previously.

Now, after the good Blaze has barely shown up, we have a whole episode about trying to be tricked by the evil Blaze. It’s executed well but it’s missing something because we don’t know how the real Blaze acts. Is him acting like a jerk out of character? Are they used to him coming up with plans like this? Has Blaze always been allowed to join meetings?

It’s odd to see them suddenly act like the good Blaze has been an important character when he hasn’t been, which is a shame because he and Roxy had a lot of potential for story once they woke up from their comas. Thankfully this is the only lacking part in what is otherwise a stand out episode for the series. Hopefully they keep this up as we head to the finale!